NOTHING LASTS FOREVER – Your First Look At AVENGERS #18!

Here’s your first look at 5 pages from Avengers #18 by Jonathan Hickman & Leinil Yu from Marvel Comics – on sale August 21st, 2013.

This August, the Marvel Universe fights for survival in the biggest battle it’s ever faced – but first, Marvel is proud to unveil your first look at Avengers #18 – a tie in to Infinity! From the blockbuster creative team of Jonathan Hickman & Leinil Francis Yu, the Avengers must act fact to unite the entire Marvel Universe against the unrelenting Builder fleet! In order to do so, Earth’s mightiest must join with the likes of the Skrull Empire, the Brood & Annihilus.  Can Captain America bring together every space race of the galaxy before it’s too late?

Every issue of Avengers includes a code for a free digital copy of that same comic on the Marvel Comics app for iOS and Android devices. Additionally, each issue of Avengers features special augmented reality content available exclusive through the Marvel AR app – including cover recaps, behind the scenes features and more that add value to your reading experience at no additional cost.

This August, Hickman, & Yu prepare the Avengers for the worst in Avengers #18!

Join the conversation on Twitter with hash tag #MarvelINFINITY, and don’t forget to follow us at @Marvel [www.twitter.com/Marvel]! 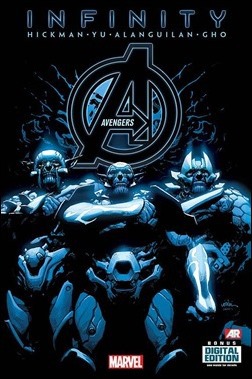 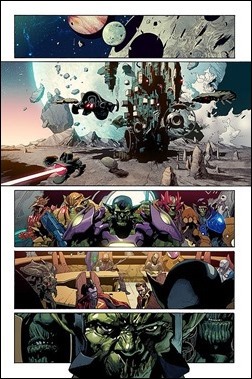 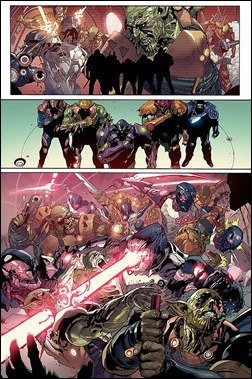 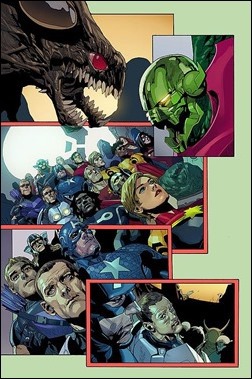 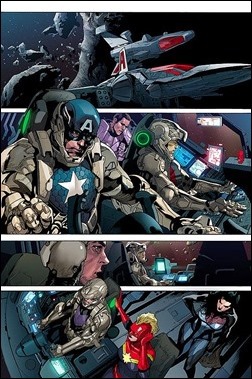 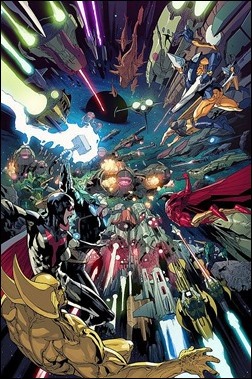