Your First Look at BUFFY THE VAMPIRE SLAYER #2 From BOOM! Studios 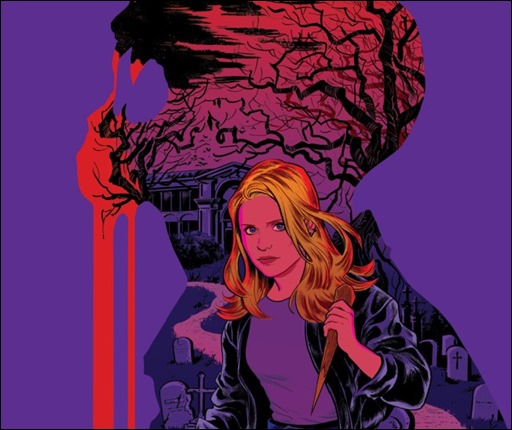 The Slayer traditionally walks a lonely road as the Chosen One, forsaking family, friends, and anything remotely resembling a social life in order to fight the forces of evil and keep darkness at bay night after night. But this is Buffy Summers, who wants what every teenager wants: friends at her new school, decent grades, a cute crush, and to escape a destiny she neither chose nor asked for as a lone warrior imbued with supernatural strength and a terrible calling. When her classmates Willow and Xander find out about her secret identity as a vampire-hunting Slayer, they dive right in but there’s a reason why the Slayer is usually alone, and Buffy must face her fears about what happens when you let people into your life and put them in harm’s way.

Print copies of BUFFY THE VAMPIRE SLAYER #2 will be available for sale on February 27, 2019 exclusively at local comic book shops (use comicshoplocator.com to find the nearest one) or at the BOOM! Studios webstore. Digital copies can be purchased from content providers, including comiXology, iBooks, Google Play, and the BOOM! Studios app.

“High school can be hell and no one knows that better than Buffy the Vampire Slayer, who returns to her teenage roots in a new comic book series from Boom! Studios”—The New York Times

“Whether you’re a new fan or old, reading through this debut feels like the first exciting step on a new adventure. Welcome back to the Hellmouth, Buffy. We’ve missed you.”—CBR

“Slayers, vamps, witches, Watchers and innocent bystanders everywhere will want to follow this new era from day one.”—Paste Magazine
“There’s no doubt that Buffy and friends have found a great new home.”—IGN