CABLE AND THE X-FORCE #3 FIRST LOOK! 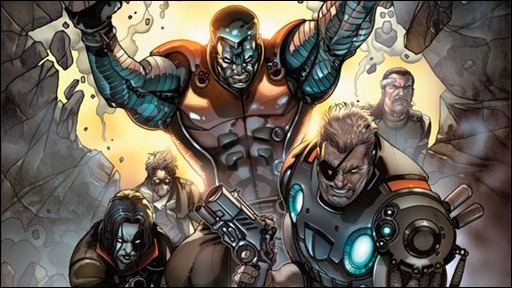 Here’s your 3 page first look preview of Cable and the X-Force #3, by Dennis Hopeless & Salvador Larocca, from Marvel Comics – on sale January 9th, 2012.

Marvel is pleased to present your first look at Cable and the X-Force #3, by the creative team of writer Dennis Hopeless and artist Salvador Larroca! Cable orders the team to attack a civilian company, but with his powers on the fritz will his judgment be brought into question?  And see where the mighty Colossus has been since the end of Avengers vs. X-Men!

As part of Marvel NOW!, Cable and the X-Force  joins a number of titles that will take the Marvel Universe in an exciting all-new direction, as the industry’s top creators join the top Super Heroes to deliver all-new ongoing series, great for new and lapsed readers alike!

Each issue of Cable and the X-Force includes a code for a free digital copy on the Marvel Comics app (for iPhone®, iPad®, iPad Touch® & Android devices). Each issue of Cable and The X-Force features special augmented reality content available exclusive through the Marvel AR app – including cover recaps, behind the scenes features and more that add value to your reading experience at no additional cost.

An all-new team! All-new dangers! This is Cable and X-Force NOW!

This January, Dennis Hopeless and Salvador Larroca bring us a new chapter for this team in Cable and the X-Force #3! 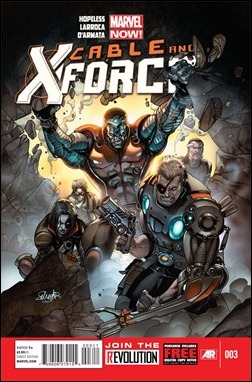 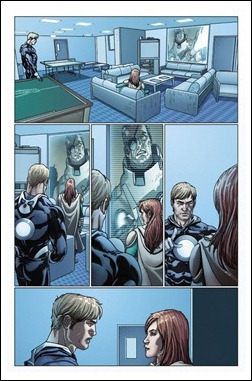 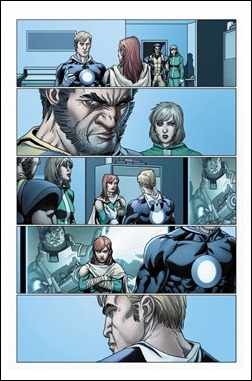 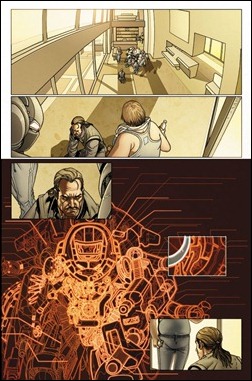