First Look: …And an Ass Map Shall Guide Them in THE DELINQUENTS #1 – Coming in August from VALIANT FIRST!

Confrontation! Devastation! Inebriation! (And the lost secret of the hobos too!)
Oh dear God no, you’d better get out of the way
…because here come THE DELINQUENTS!

Valiant is proud to present an advance preview of THE DELINQUENTS #1 (of 4) – the FIRST ISSUE of an all-new superhero joyride colliding Quantum and Woody and Archer & Armstrong for the summer’s most disastrous team-up adventure! From fan favorite writers James Asmus (Quantum and Woody) and Fred Van Lente (Archer & Armstrong) and heat-seeking artist Kano (Quantum and Woody, Immortal Iron Fist), start reading here on August 20th as the VALIANT FIRST initiative unleashes another must-read starting point for two sets of heroes with one big problem…each other!

Quantum and Woody are the world’s worst superhero team. Archer & Armstrong are a mismatched pair of conspiracy-busting adventurers. When a mysterious force unites these ill-suited and irresponsible “heroes” for a cross-country race through the darkest corners of American mythology, all hell is bound to break loose. Can two busted pairs become four of a kind in time to defeat the Hobo King, save the day, and make it back home in time for happy hour? Let’s hope so…’cause these guys make a really, really bad team. (And you don’t even want to know about the Goat!)

The race begins on August 20th, only in THE DELINQUENTS #1 (of 4) – featuring a standard cover by Eisner Award-winner Paolo Rivera, plus a #ValiantCraft shelf cover by Valiant 8-Bit superstar Donovan Santiago!

And keep up with the rest of the VALIANT FIRST initiative’s brand new wave of #1 releases to discover a new entry point into Valiant’s award-winning publishing line each and every month! RAI #1 in May. ARMOR HUNTERS #1 (of 4) in June. ARMOR HUNTERS: BLOODSHOT #1 (of 3) and ARMOR HUNTERS: HARBINGER #1 (of 3) in July. THE DELINQUENTS #1 (of 4) in August. THE DEATH-DEFYING DR. MIRAGE #1 (of 5) in September. With major, new #1 releases hitting stores all summer long, these are the titles that will have you reading Valiant FIRST when you head home from the comic shop! 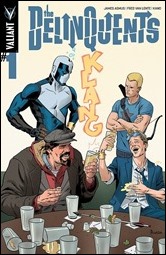 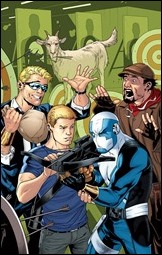 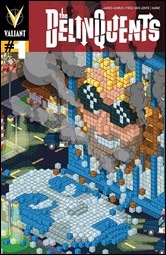 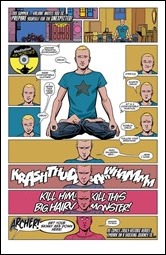 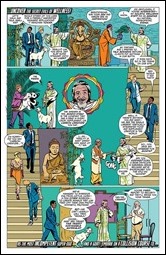 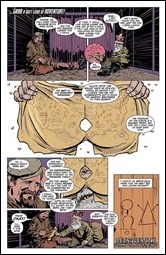