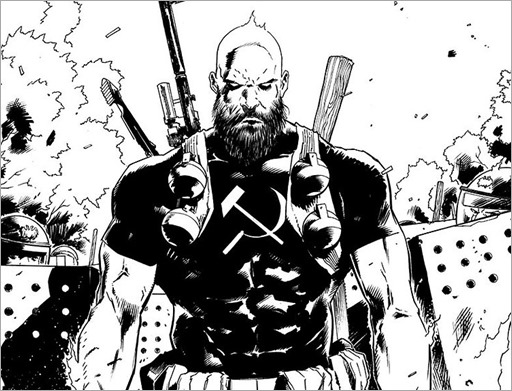 In 2015, Earth prepared to meet a new god…
a lost Communist cosmonaut known only as DIVINITY.

In 2016, the nations of the world bent before DIVINITY II.

This December, a new world order takes control as DIVINITY III: STALINVERSE rewrites the fabric of reality itself!

This winter, the sold-out sci-fi saga that redefined the Valiant Universe begins a reality-shattering comics event that will collide the world’s most formidable heroes with a disturbing new vision… One where a worldwide Soviet empire now rules a world order… The Iron Curtain extends across continents, shattering governments and armies in its wake… And the communist global super-state rules not only with an iron fist, but powers far beyond the comprehension of mortal men.

Earth has a new god. The world you know is gone. Welcome to the Stalinverse, comrade.

“STALINVERSE has always been something we’ve been building towards since the very beginning of DIVINITY,” said Valiant Editor-in-Chief Warren Simons. “This series will not only have major repercussions for every key hero and villain in the Valiant Universe, but will also give us our first glimpse of new characters with a long-term trajectory. From HARBINGER WARS to BOOK OF DEATH to 4001 A.D., Valiant’s events have always been big, but Matt and Trevor are elevating the stakes to a truly global concern here – they’re building not just an event, but an entirely new and terrifying world.”

Plus: stay tuned as the STALINVERSE spreads with four top-secret DIVINITY III one-shots detailing the redacted history of the Soviet Union’s most notorious patriots, agitators, and outcasts in December and beyond! 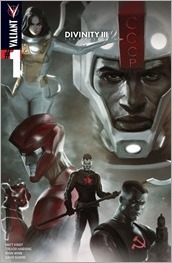 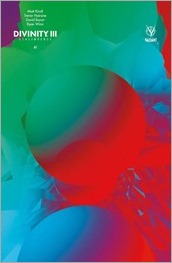 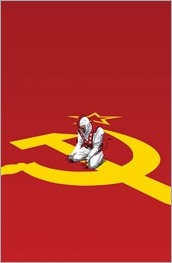 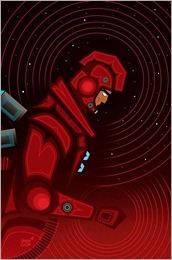 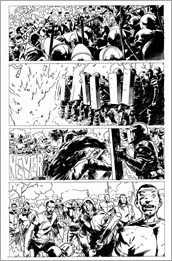 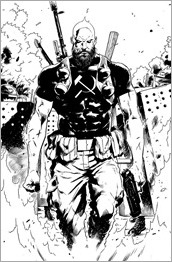 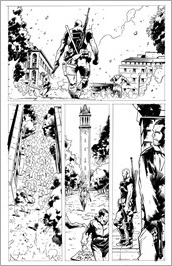 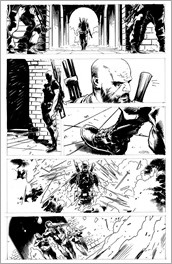