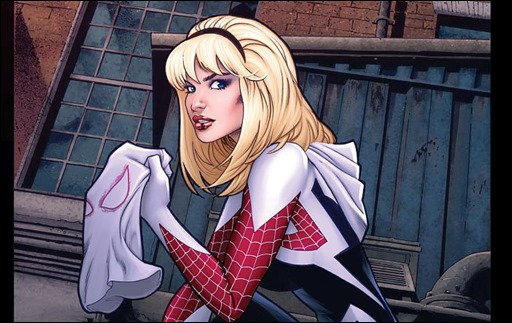 Here’s your first look at a few pages from Edge of Spider-Verse #2 by writer Jason Latour and artist Robbi Rodriguez, on sale September 17th, 2014 from Marvel Comics.

As spider-powered heroes from across all universes unite to battle back the threat of Morlun, meet a young girl from Midtown High who learned that with great power, comes great responsibility. Today, Marvel is proud to present your first look at September’s EDGE OF SPIDER-VERSE #2, from critically acclaimed writer Jason Latour and rising-star artist Robbi Rodriguez! She’s smart, she’s tough, she’s charming and she can lift a car – she’s Gwen Stacy! Patrolling the New York City of her universe, she keeps the streets safe as the vigilante known as Spider-Woman! Just don’t tell her father, NYPD Police Chief George Stacy!

“This story sees Gwen at a real crossroads of her life,” says writer Jason Latour, in an interview with Marvel.com. “Spider-Woman is wanted for a crime she didn’t commit. So where as her life in costume before was a lot of adventuring and fun, she’s now being forced to decide what it means to her.”

As the growing threat of Spider-Verse looms on the not-so-distant-horizon, meet one of its breakout stars early as Gwen Stacy swings headlong into the biggest Spider-Man event of all time. Don’t miss one moment of the action as Gwen Stacy: Spider-Woman makes her bombastic debut in EDGE OF SPIDER-VERSE #2! 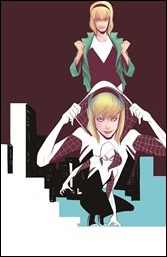 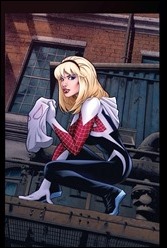 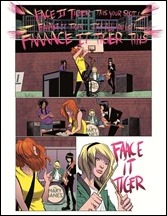 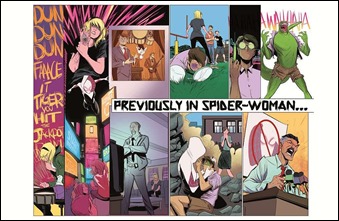 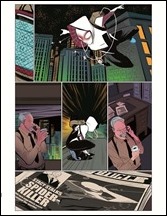 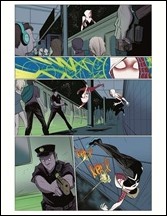