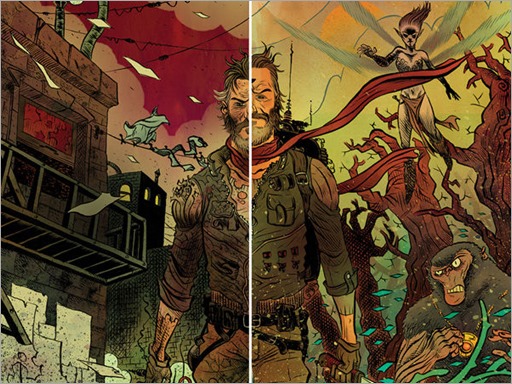 Can science solve murder by magic?

That’s the question at the heart of Ether, the much anticipated creator-owned series by award-winning writer Matt Kindt (Dept. H) and artist David Rubín (Battling Boy) featuring magic bullets, purple gorilla gatekeepers, faeries, golems, a mystical portal and one science-minded adventurer who firmly disbelieves in the supernatural, despite all the evidence around him.

Boone Dias is an interdimensional explorer, a scientist from Earth who has stumbled into great responsibility. He’s got an explanation for everything, so of course the Ether’s magical residents turn to him to solve their toughest crimes. But maybe, just maybe, keeping the real and the abstract separate is too big a job for just one man?

“The Ether is a magical world you want to believe in and visit. Following scientist/adventurer Boone Dias as he tries to uncover a murder mystery, we’re presented with so many colourful fantastical characters, and different places, and the best part is that the characters and places in the ‘real world’ are just as fascinating as everything in the Ether. Matt Kindt and David Rubín are the perfect pair for this story.”–Fábio Moon, Two Brothers

“Seriously, seriously, let Matt Kindt & David Rubín drive you in a giant snail taxi across the gateways of their magical realm of mystery, imaginative characters designs and awesome storytelling. You have to pick up Ether. Seriously.”–David Aja, Hawkeye

“When you inadvertently become an inter-dimensional adventurer, you have to hope that the science behind your loopy situation is on your side. But what happens when you land in a reality where magic trumps science? Well, in Matt Kindt and David Rubín’s Ether, the answer is simple: you solve some goddamn magic crimes.”–io9

“Kindt and Rubin are blowing me away with their smash & grind combination of encyclopedic categorization of wonderful magical beasts with a gritty, and very cool, tale of the lone detective solving a somber mystery. Add to the mix a very pleasing sense of humor, fantastic artwork and colors, and Ether is something truly special.” — Ian McGinty, Adventure Time, Welcome to Showside

“Ether is a book I wish I had written and not just because of Matt Kindt’s bizarre and involving story, but because the amazing David Rubin’s art on this is nothing less than perfect!  A more harmonious marriage of story and art would be difficult to imagine.”–John Arcudi, Dead Inside

“In an industry packed with franchise superheroics and licensed properties, Kindt is one of the creators leading the charge with unique concepts and innovative storytelling.”–COMICS ALLIANCE

“David Rubín creates worlds by snapping his fingers; worlds you should be eager to discover.”–Emma Ríos, Pretty Deadly

“Matt Kindt and David Rubín lure us into a magical world, full of strange creatures and mysteries, guided by Boone Dias, a scientist who doesn’t believe in magic and who’s trying to find a logical explanation for everything he encounters, including solving a murder. At the same time as the readers find themselves marvelled by all the magic and novelties, they feel compelled to follow Boone onto his quest for the truth, suspecting he’s not been completely honest as well. There’s something more to this story and I can’t wait to find out what it is.”–Gabriel Bá, Daytripper

Can science solve murder by magic?

A science-minded adventurer gets mixed up in the mysteries of a fantasy world in this charming new adventure from an award-winning creative team. Boone Dias is an interdimensional explorer, a scientist from Earth who has stumbled into great responsibility. He’s got an explanation for everything, so of course the Ether’s magical residents turn to him to solve their toughest crimes. But maybe keeping the real and the abstract separate is too big a job for just one man.

“Kindt has developed into one of the most exciting and original talents in the business.”—The LA Times 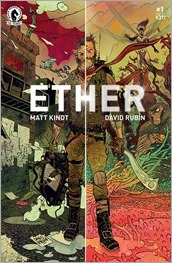 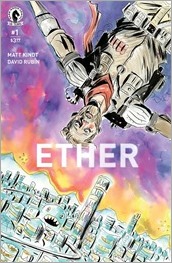 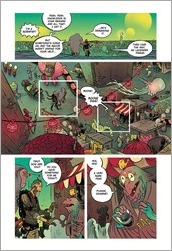 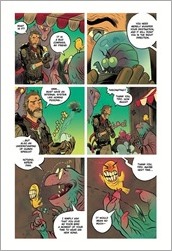 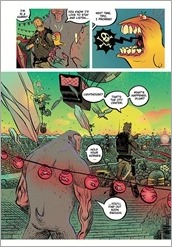 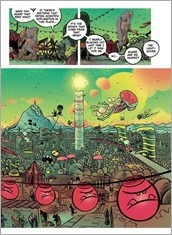