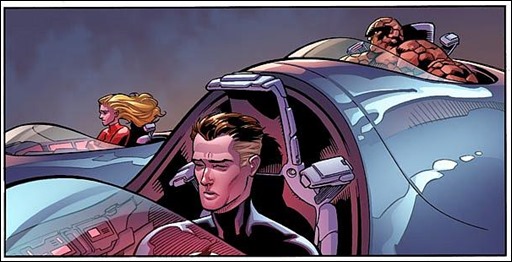 This June, the fall of the first family continues in the explosive FANTASTIC FOUR #6 – a tie-in to Original Sin! From Eisner-award winning writer James Robinson, fan-favorite artist Leonard Kirk and the peerless Dean Haspiel– they’ve been a family ever since that fateful day they ventured into the cosmic unknown, the day the Fantastic Four were born.

Bonded together as family, Johnny Storm became the hot-headed Human Torch while Ben Grimm became the hideous monster known only as The Thing. Try as he may, super-scientist Reed Richards was never able to reverse the process and return Ben to his normal form. It is a failure that has haunted him to this very day. But what does Johnny have to do with Ben’s irreparable condition? And why has he lied about it all this time?

Now, thanks to the events of Original Sin, Ben Grimm is about to learn that his closest ally has condemned him to a life sentence as a monster. And he won’t be happy about it! Bruised, beaten and broken both emotionally and physically, is this the end for the Fantastic Four? The dismantling of the first family continues as Reed, Sue, Johnny and Ben crash headlong into Original Sin this June in FANTASTIC FOUR #6! 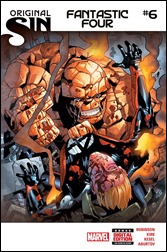 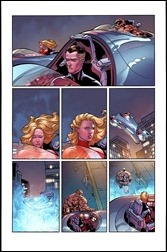 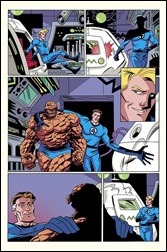