Here’s your extensive first look at the 48 page Harbinger #25 anniversary spectacular by an all-star lineup of creators – coming July 16th, 2014 from Valiant Comics.

Hot on the heels of this month’s X-O MANOWAR #25, Valiant is gearing up to celebrate yet another precedent-setting milestone for the most daring and real team of teenage superheroes in comics today – the Harbinger Renegades!
Just as “DEATH OF A RENEGADE” steals one of the team away in today’s HARBINGER #23, Valiant is proud to present an advance preview of HARBINGER #25 – July’s oversized, 48-page anniversary spectacular, capping off the first two years of Joshua Dysart’s widely acclaimed vision of superpowers in the real world, and a direct introduction to a bold new year of Harbinger beginning with August’s HARBINGER: OMEGAS #1 (of 3)!

Discover a definitive new vision of what superhero comics can be right here with an all-new climax to “DEATH OF RENEGADE” by the original series creative team of Joshua Dysart & Khari Evans, plus a never-before-seen exploration of the past of troubled runaway superhuman harbinger Peter Stanchek with a new tale from Vivek J. Tiwary & Janet Lee. Plus: the origin of Peter Stanchek and the Renegades by Joshua Dysart & Lewis LaRosa; Zephyr’s first solo outing by Lucy Knisley; the complete cast of Harbinger universe by Barry Kitson; a new short story by Justin Jordan & Rafer Roberts; and much, much more!

A Renegade has fallen and, now, there is no turning back. Stripped of his allies and all sense of self-preservation, the world’s most powerful “harbinger,” super-powered billionaire Toyo Harada, is about to inflict a terrible reckoning on a world he thought he could control…and everything we thought we knew will be forever changed in its wake.

On July 16th, the future of Harbinger starts here with a star-studded, 48-page anniversary milestone – packed with brand new contributions from an all-star cast of creators and shocking new revelations about the fate of Valiant’s acclaimed teenage superteam! Featuring covers by Mico Suayan, Jenny Frison, Lucy Knisley, Sean Chen, and Barry Kitson, don’t miss a pivotal turning point for the series that The Onion/A.V. Club calls “the crown jewel of Valiant’s lineup,” only in HARBINGER #25! 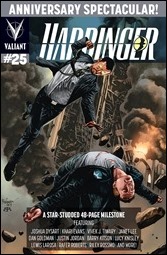 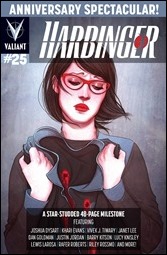 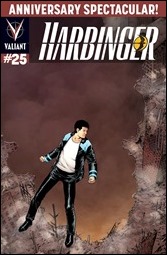 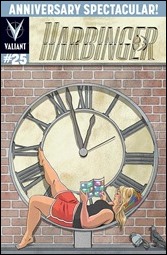 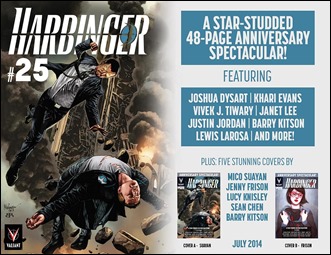 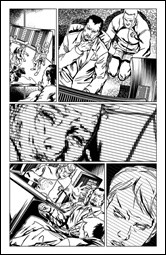 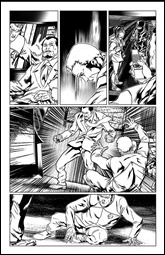 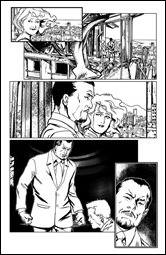 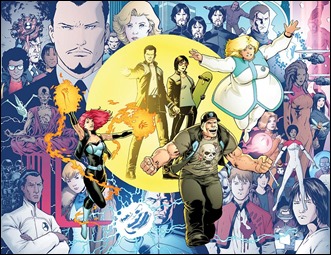 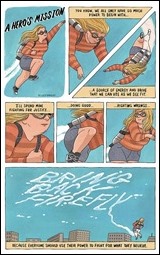 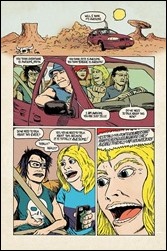 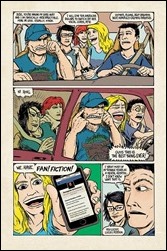