Joshua Dysart and CAFU Launch “THE VINE IMPERATIVE” in IMPERIUM #9 – Coming in October! 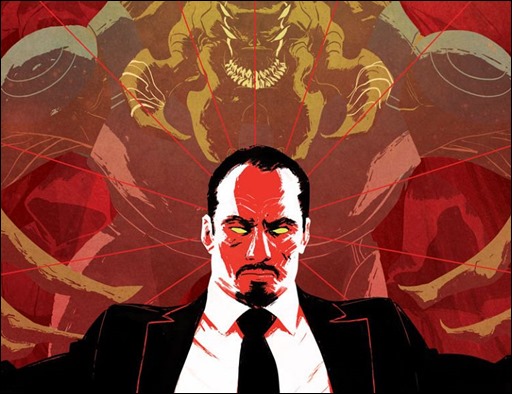 In 1968…Earth’s most powerful man brokered peace with a secret alien faction. This October…their peace will erupt into war!

Here’s your first look at a few pages from Imperium #9 by writer Joshua Dysart and artist CAFU, on sale October 7th, 2015 from Valiant Comics.

Start reading here on October 7th with a perfect new jumping-on point as Toyo Harada’s war to save humanity collides with the only enemy that this planet cannot contain…a sinister network of undercover alien spies!

A deadly chess game between Harada and the alien visitors called the Vine has been unfolding for decades. The Vine plantings, the secret alien agents of a galaxy-spanning race, now hold positions of influence all over the planet. Toyo Harada, Earth’s most powerful psiot, has amassed a bedrock of power through his corporate, political, and super-powered maneuverings. A tense standoff has long held between these two slumbering giants and each was content to bend the world to their will without the other interfering…until now.

Now, openly hunted by the governments of the world, Harada’s campaign of world domination continues from his East African stronghold, the Foundation Zone. Soon, the Vine agents who have watched him for decades will move to keep his machinations in check, and, if Harada wants to rule the world…he’ll have to get rid of the competition first!
“The relationship between the Vine plantings and Harada has always been something I was interested in, and it’s never really been touched on,” writer Joshua Dysart told Newsarama. “Harada and a powerful Vine planting would’ve surely met early in Harada’s rise to power, and that meeting would’ve been pretty explosive, since both would’ve have seen the other as a threat. With the backstory of LV-99 (a Vine-designed sentient biological weapon now in service to Harada) hovering over the book, I thought it was a good time to tell that story.”

Cold war turns red hot on October 7th as the acclaimed writer of HARBINGER and the artist of UNITY team-up for a fraught confrontation between two secret armies…and two different worlds! Jump on the board the series that Bloody Disgusting calls “the height of sophisticated comic book stories” here as Toyo Harada and a clandestine alien network collide in “THE VINE IMPERATIVE“, beginning in IMPERIUM #9 – featuring covers by Kano (BOOK OF DEATH: THE FALL OF HARBINGER), Giuseppe Camuncoli (Amazing Spider-Man), and Juan José Ryp (NINJAK)! 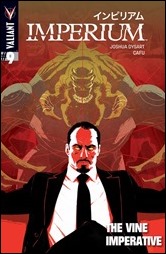 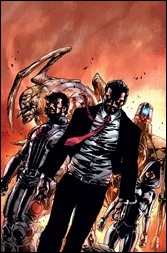 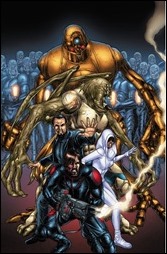 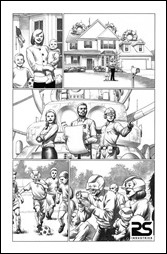 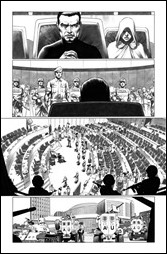 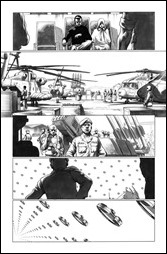 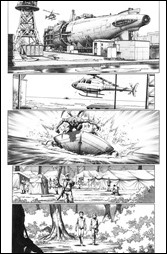