Trust No One!
Your First Look at ORIGINAL SIN #4! 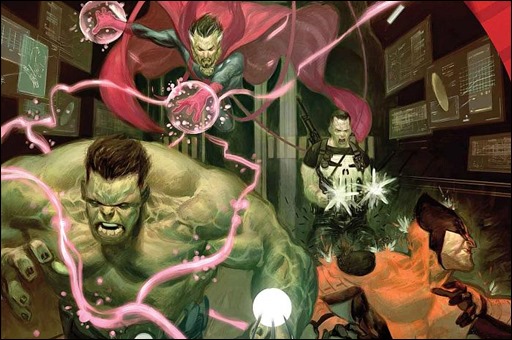 This June, prepare yourselves for another shocking twist as the epic comics blockbuster of the summer continues! Today, Marvel is proud to present your first look at ORIGINAL SIN #4 – from New York Times Bestselling writer Jason Aaron and critically acclaimed artist Mike Deodato! And after the nail-biting climax of last issue, no fan can afford to miss the event critics are hailing as “a riveting thriller” and “one hell of a story!”

The Watcher is dead, his secrets are out. And those secrets will pull the heroes of the Marvel Universe in different directions and down darker paths in the quest for answers. Everyone is a suspect and no one is safe. Only now, after the shocking ending of Original Sin #3 – all trails lead directly to the prime suspect. Is that who killed the Watcher? But why? And how is that even possible?

Meanwhile, the Marvel Universe’s most unlikely duo of the Punisher and Doctor Strange team up for a daring raid that could help save the universe – or destroy it. As even more bodies turn up, the Avengers, the X-Men, Spider-Man, the Fantastic Four and more will ask themselves – who’s next?

Trust no one. Not even yourself. Prepare yourselves for another game-changing ending that will have fans on the edge of their seat and a last page that will have the whole world talking when ORIGINAL SIN #4 hits comic shops and digital devices this June! 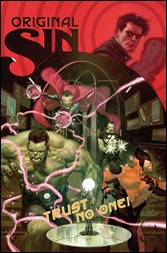 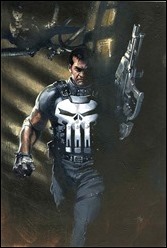 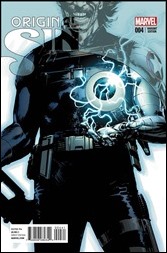 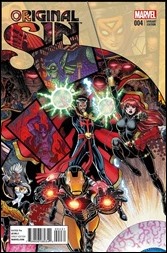 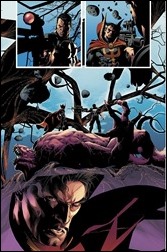 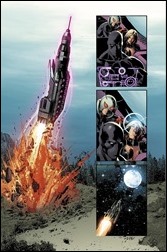 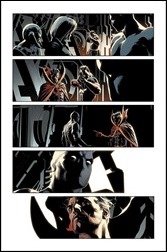