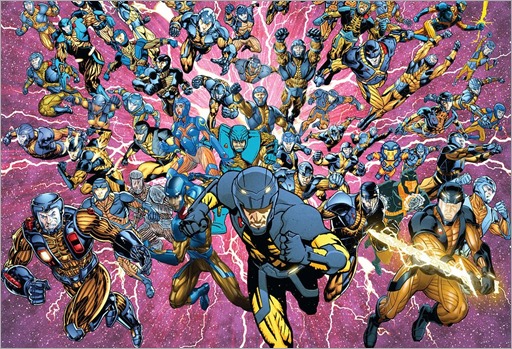 As the countdown to X-O MANOWAR’s landmark issue #50 finale continues, our world’s greatest hero must join forces with his own bitterest foe to prevent armageddon!

Valiant is proud to present your first look at X-O MANOWAR #48 – the cataclysmic continuation of the year’s seismic storyline, “LONG LIVE THE KING,” by New York Times best-selling writer Robert Venditti (Hal Jordan and The Green Lantern Corps) and acclaimed artists Joe Bennett (52) and Roberto de la Torre (Daredevil)! On July 27th, Aric of Dacia – the unstoppable X-O Manowar – faces his darkest days as the ancient alien race known as the Torment incite a reign of terror upon all of humanity! With annihilation nigh, X-O Manowar must charge into his greatest battle yet – one that will change his future…and the fate of the entire Valiant Universe…forever!

They’re here! The Torment – a world-devouring race older than history itself— has arrived on Earth. And now, all that stands between our existence and complete extermination is Aric of Dacia, heir to the Visigoth throne and wielder of the X-O Manowar armor! But as the Torment unleash a wrath unlike anything the galaxy has seen, even Earth’s most powerful protector will find himself hopelessly outmatched. With humanity standing on the brink of extinction, X-O Manowar must turn to his greatest adversary for help…the cunning, but savage Commander Trill!

Also, the X-O MANOWAR #50 COUNTDOWN GIVEAWAY continues right here! For no extra cost, each issue of the massive “LONG LIVE THE KING” epic will be bagged with one of 50 exclusive, 4-by-6 inch “micro-prints” featuring the one and only X-O Manowar as realized by a sensational cast of comics’ biggest talents – or original, hand-drawn original artwork randomly inserted in each issue! The X-O MANOWAR #50 COUNTDOWN GIVEAWAY will continue all summer long across all issues of “LONG LIVE THE KING” – including September’s oversized, blockbuster issue #50 finale!

Plus: Valiant is marking 50 epic issues with a formidable line-up of covers from an all-star cast of comics greats! Leading the charge is the X-O MANOWAR #50 All-Star Jam Cover – the biggest-ever jam cover in comics history, featuring 50 major comics talents in celebration of 50 issues for Valiant’s flagship series! Debuting as X-O MANOWAR #50‘s standard shelf cover, this never-before-attempted comics breakthrough features a breathtaking collection of top talents as they each deliver an all-new take on Valiant’s leading hero in their own signature style.Then, this September, a whole new era for Valiant’s flagship hero begins in X-O MANOWAR #50…and won’t believe what’s coming next!

Spanning X-O Manowar’s five-year-long impact on the people of Earth, and setting the stage for star-smashing adventures yet to come in 2017 and beyond, no comic book fan can afford to miss the ultimate cosmic battle for the fate of Valiant’s most powerful hero, only in X-O MANOWAR #50! 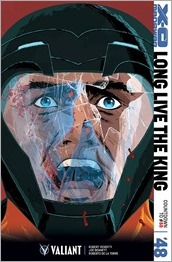 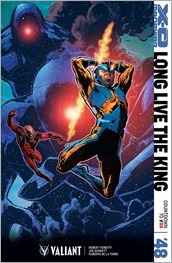 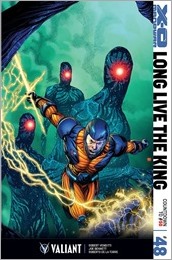 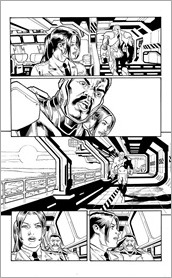