A Gallery of Comic Book Tattoos 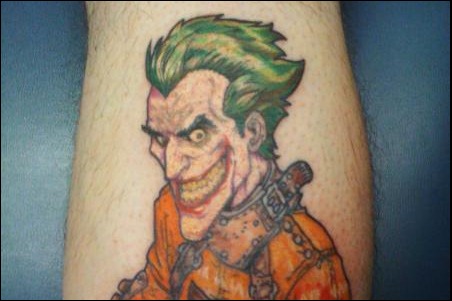 I’ve always admired tattoos and the very talented tattoo artists whose work adorns many people skin across the globe. Although I’ve yet to get a single tattoo myself, I always get inspired to do so whenever I see such amazing work.

It’s been a while since we’ve posted any new comic book tattoos on our site, and there have been a lot of new pieces floating around on the internet. This is just a small selection of what we’ve run across.

On Comic Book Critic, we’ve run several of these posts since our inception two years ago, with many tattoos ranging from good to amazing and they’ve always been a hit with our readers.

So without further ado, on to the tattoos… 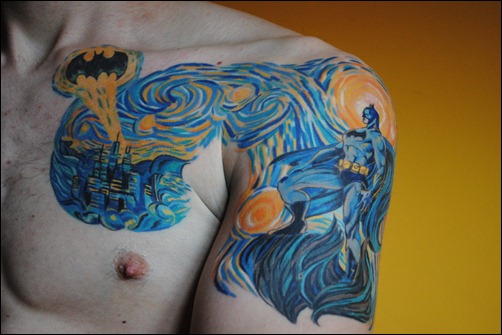 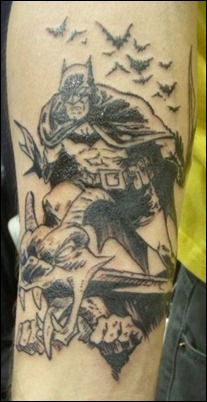 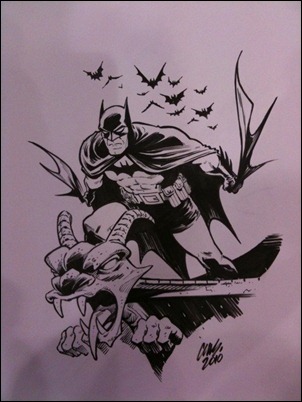 A fan commissioned a drawing from Batman & Robin artist Cameron Stewart at C2E2 in 2010. He told Stewart that the artwork would then be tattooed on his body. Despite the pressure he was probably under, Stewart did a fine job on his drawing.  (source) 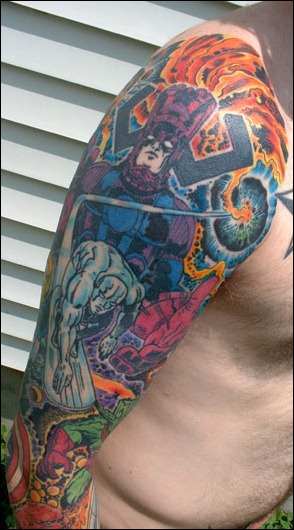 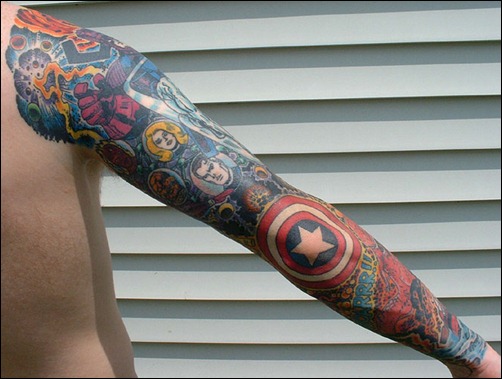 Richard Bensam has a full sleeve in tribute to the “King of Comics” Jack Kirby done by Mike Harada. (source) 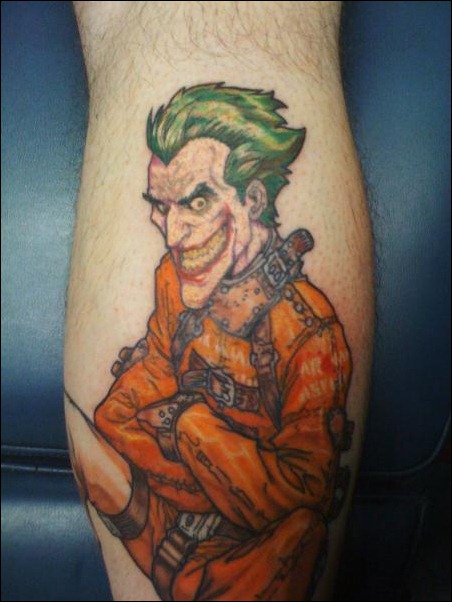 This is a cool joker in a straightjacket tattoo. (source) 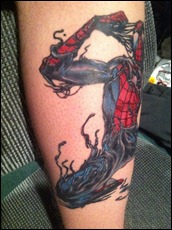 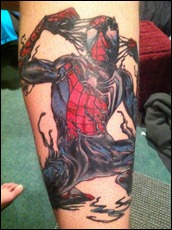 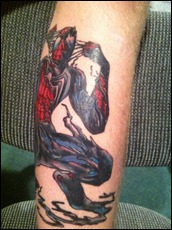 A nice Green Arrow/Green Lantern piece done by Paul Abstruse from Adelaide, Australia at a convention. Based on artwork by Carlos Pacheco. (source)

An awesome, but un-credited, full sleeve of Dave Stevens’ The Rocketeer. (source) 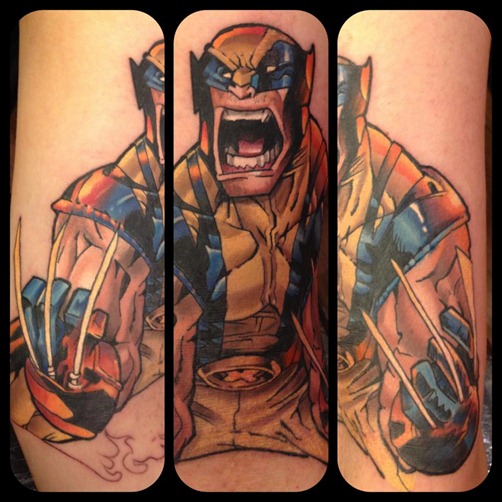 A Wolverine tattoo that’s meant to be part of a larger Avengers half sleeve. The work was done by Mat Lapping from Creative Vandalls in Hull, UK.(source) 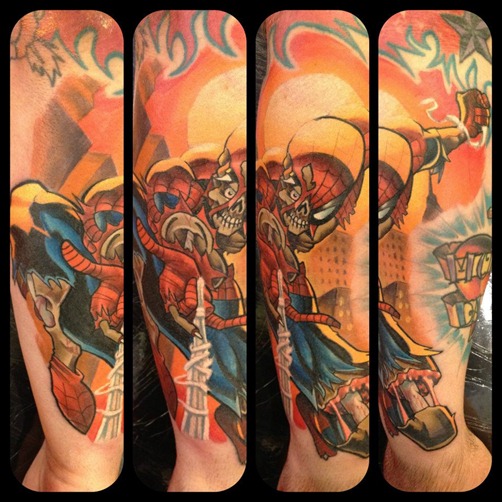 Another awesome tattoo by Mat Lapping from Creative Vandalls. This time it’s a Marvel Zombies Spider-Man half sleeve. (source) 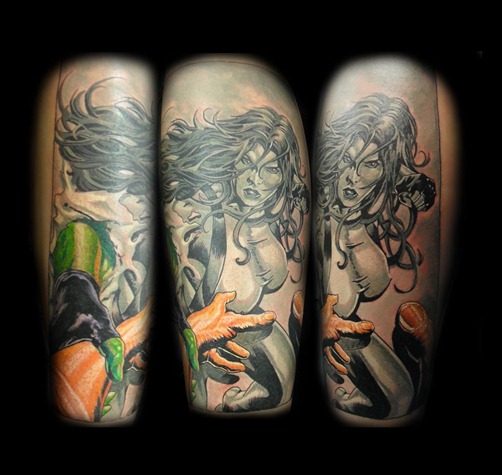 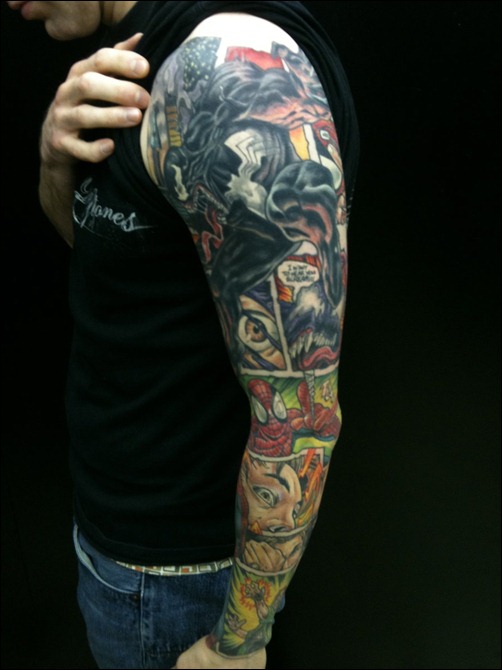 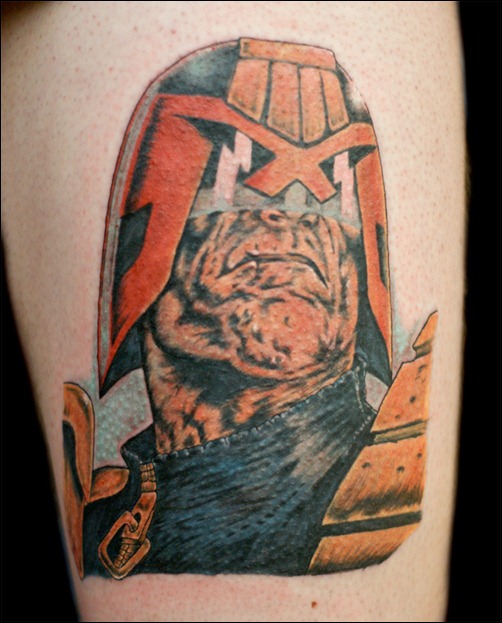