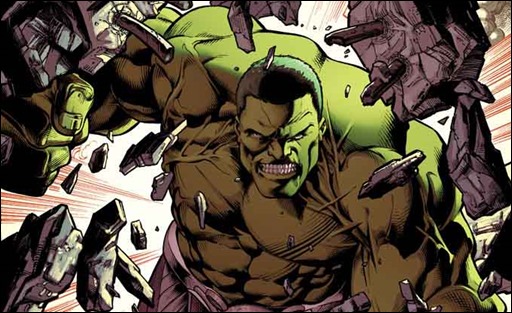 Who shot Bruce Banner? That’s the question on everyone’s mind this April when critically acclaimed creators Mark Waid and Mark Bagley smash into the epic, all-new HULK #1 – as part of the All-New Marvel NOW! initiative!

“As our series opens, Banner’s at death’s door”, says Waid. “…having learned something about himself that cuts him to the quick and calls into question everything he’s been doing for what he believes is the public good.  And things don’t improve for him from there.”

The victim of a near fatal gunshot wound – Bruce Banner lay inches from death. Did his unknown attacker want the Hulk dead? Or Banner? As Banner clings to life, he’ll realize he’s not quite as indestructible as he once thought. If he survives this, his darkest hour one thing is certain – he won’t ever be the same!

“With a list of enemies as long as the Hulk’s, almost anyone could be behind Banner’s assassination attempt,” says Senior Editor Mark Paniccia. “But the real mysteries are yet to be revealed. Mark Waid has mind-blowing revelations in store for the readers that will have them talking for years.”

“The answers will have Banner going down roads you’d never expect and wait till you see what’s in store for Hulk, continued Paniccia. “And just how does the Stark family play into all of this? Ha! Fans are going to dig!”

How will the Green Goliath solve the mystery of their enigmatic attacker. And the answers will shock Banner to his very core! Don’t miss a single moment of this bombastic new series when HULK #1 smashes its way into comic shops this April!

ON SALE THIS APRIL! 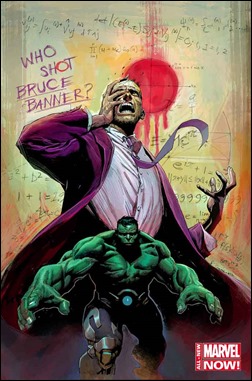 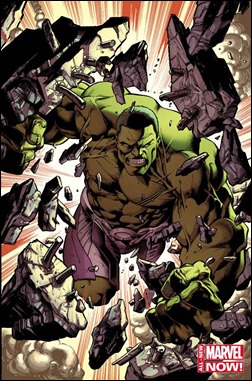