ABNETT AND LANNING DO COSMIC AT BOOM! with THE HYPERNATURALS! 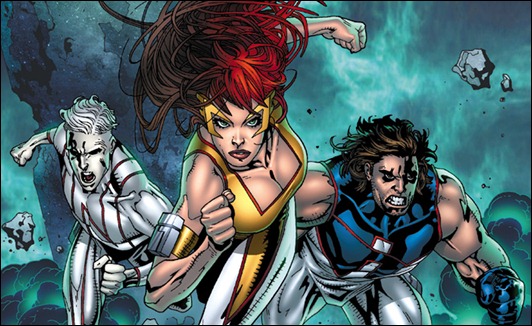 “We are excited and thrilled to be in the DnA business, and it’s clear from the fan reception that they’re doing what they do best,” said BOOM! Founder and Chief Executive Officer Ross Richie. “I’m excited to see where they can take things when the gloves come off in their own storytelling universe, where characters can die, major events can change, and Dan and Andy are unleashed to do their own thing, unfettered by decades of continuity or obligation to trademarks.”

"I couldn’t be more excited about this series," says Matt Gagnon, Editor-in-Chief of BOOM! Studios. "DnA have built a devoted fan base by being phenomenal storytellers who bring integrity and passion to everything that they do. In THE HYPERNATURALS they truly take the gloves off and craft a breathtaking, original world."

With the Free Comic Book Day Edition serving as a stand-alone prelude, fans do not need to know anything about THE HYPERNATURALS to access and enjoy this new series!

A universe trembles. It is the far future; the human race has finally colonized the galaxy, preserving an era of prosperity that’s only possible because of The Hypernaturals. They’re a celebrated, galaxy-wide superhero task force that keeps the peace. That is, until they all mysteriously vanish. Now, as the galaxy teeters on the brink of chaos, it’s up to a group of retired and long forgotten Hypernaturals – and their novice recruits – to save the galaxy from complete destruction. Dan Abnett and Andy Lanning, the superstar writing duo behind Annihilation and The Legion, launch an all-new original series that takes cosmic super-heroes to a new frontier. After reading the Free Comic Book Day Edition, pick up the #1 issue this July! 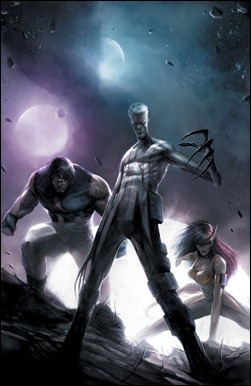 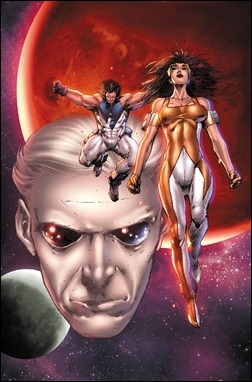 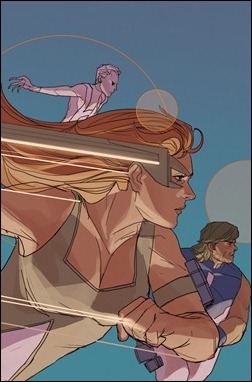 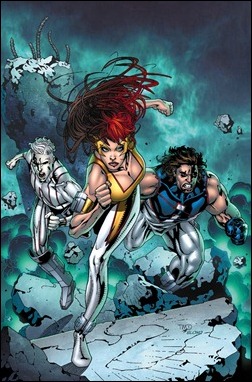 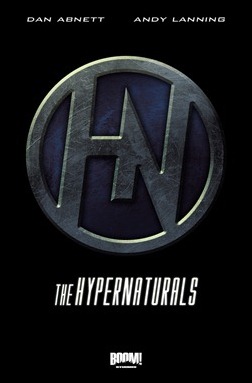