Below is the plot synopsis along with the full teaser poster and concept art from Iron Man 3 from our friends at Walt Disney Studios. Set for a May 3rd, 2013 release, Iron Man 3 will be available in both 3D and 2D versions.

Starring Robert Downey Jr., Gwyneth Paltrow, Don Cheadle, Guy Pearce, Rebecca Hall, Stephanie Szostak, James Badge Dale with Jon Favreau and Ben Kingsley, “Iron Man 3” is directed by Shane Black from a screenplay by Drew Pearce and Shane Black and is based on Marvel’s iconic Super Hero Iron Man, who first appeared on the pages of “Tales of Suspense” (#39) in 1963 and had his solo comic book debut with “The Invincible Iron Man” (#1) in May of 1968. 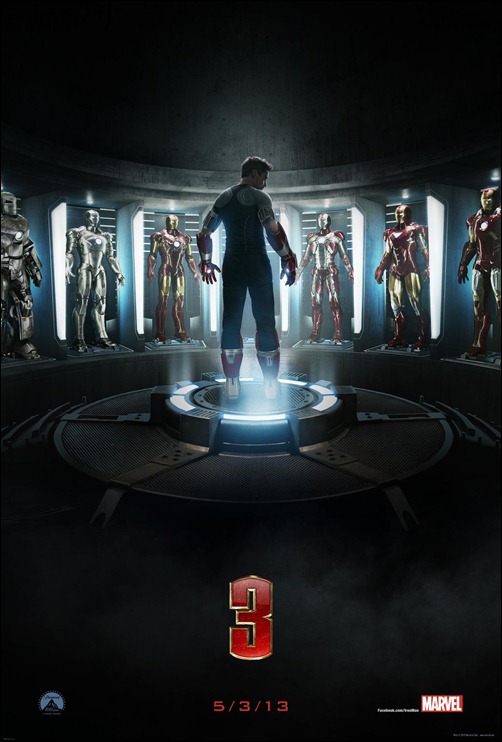 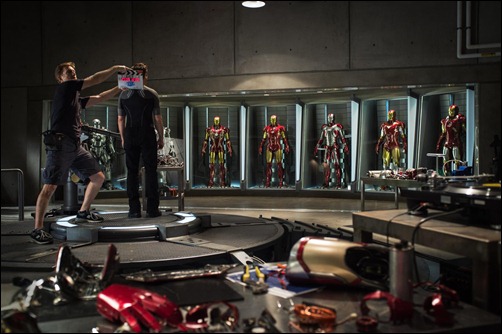 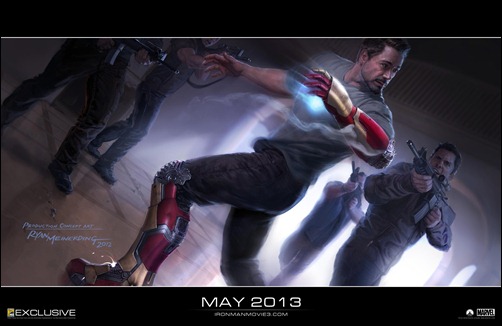