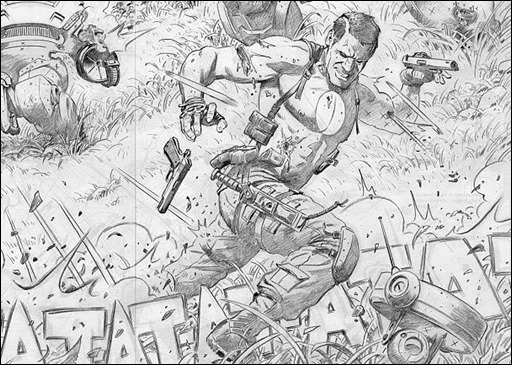 An entirely self-contained comics event spotlighting Bloodshot, Eternal Warrior, Geomancer, and a cast of heroes and villains from across the Valiant Universe, THE VALIANT is a visionary new adventure from three of the greatest creative talents in comics today.

The Eternal Warrior has protected the Earth for more than 10,000 years. A master of countless weapons and long forgotten martial arts, he is guided by the Geomancers – those who speak for the Earth. During his long watch, the Eternal Warrior has failed three times. Each time, the Geomancer was killed…and a new dark age for humanity began. Each time, he was unable to stop The Immortal Enemy – a monstrous force of nature. A civilization killer. A horror that appears differently each time it arrives…and whose seemingly only purpose is to bring disorder and darkness to the world. Now, the time has come for The Immortal Enemy to return once more. But, this time, the Eternal Warrior will be ready. This time, he has a force greater than any single warrior. This time, he has…THE VALIANT.

“I’ve been a huge fan of what Valiant Comics has been doing for the past two years, with a lot of my favorite creators, and favorite people, like Matt Kindt, Josh Dysart and Rob Venditti, doing incredible work for the publisher,” said writer Jeff Lemire. “So, it’s a huge thrill for me to now step into the Valiant Universe in a BIG way with the upcoming four-issue series, THE VALIANT, along with co-writer Matt Kindt, and one of the most incredible artists working in comics today, Paolo Rivera. THE VALIANT will not only serve as a great entry point for brand new readers to Valiant, but also enrich the existing universe and shake it up dramatically moving forward. Valiant has an incredible stable of characters to play with, and they will ALL play a role in THE VALIANT.”

“Jeff and I have been threatening to work together for a long time,” said writer Matt Kindt. “And we did a little bit on Sweet Tooth with the few issues I did, but this is the first time we’ve really created something from scratch and written a long piece of work together. Collaborating on writing isn’t something I normally get excited about, but Jeff and I just got coffee after a con one night and started brainstorming different things we could do and, by the end of the night, the waitress got a big tip and we’d written an outline for this epic story. It was like being transported to your best friend’s kitchen table when you’re 11 and cooking up fantastic comic book ideas. But in this case, when we were done, we got Paolo to draw it. We couldn’t be more excited. I was just a fan of his on his now classic run on Daredevil. He’s just a great cartoonist, you know? He can tell a story so well – and I think we gave him plenty of story to draw.”

“I’ve heard nothing but good things about Jeff and Matt, and their script does not disappoint,” said artist Paolo Rivera. “One of the major things that brought me to this project was the epic scale. Most of the stories I’ve worked on, even when action-packed, have been on the level of individuals. While our main characters are still the heart, this story spans epochs and realms, with consequences that, quite literally, affect the entire Earth.”

“I worked with [Valiant Editor-in-Chief] Warren [Simons] briefly at Marvel, but he’s been doing his best to lure me (and my Dad) to Valiant since 2012,” added Rivera. “We’ve been doing mostly covers since then, so it’s awesome to be drawing comics again. That, and it’s fun to draw Bloodshot getting blown to bits.”

A New York Times best-selling writer and artist, Jeff Lemire is the award-winning author of some of the most acclaimed graphic novels and comic book series in recent memory, including the Essex County trilogy, Sweet Tooth, and The Underwater Welder. A recipient of the American Library Association’s prestigious Alex Award and the Joe Shuster Award, Lemire’s work has also been nominated for the Eisner, Harvey, and Ignatz Awards. Most recently, his work for DC Comics has included critically acclaimed runs on Animal Man, Green Arrow, and Justice League United, as well as the creator-owned series Trillium for Vertigo. THE VALIANT will be Lemire’s first full-length work for Valiant Entertainment.
Matt Kindt is the New York Times best-selling writer and artist of many acclaimed graphic novels and comic book series, including Mind MGMT, 3 Story: The Secret History of the Giant Man, Pistolwhip,Red-Handed: The Fine Art of Strange Crimes, Revolver, and Super Spy. A Harvey Award winner and Eisner Award nominee, his other works include Justice League of America and Suicide Squad for DC Comics, and Marvel Knights: Spider-Man for Marvel Comics. In addition to THE VALIANT, Kindt currently writes two ongoing series, RAI and UNITY, for Valiant Entertainment.

Paolo Rivera quickly gained notoriety for his painted artwork on Marvel Comics’ Mythos before moving on to provide distinctive and striking covers for nearly all of the publisher’s top series. With his father Joe Rivera inking his work, Rivera penciled the best-selling relaunch of Marvel’s Daredevil with writer Mark Waid – a run that won the father-son duo two Eisner Awards for their work. THE VALIANT will mark Rivera’s first full-length comics’ work since Daredevil in 2012. He can be found online at paolorivera.blogspot.com and twitter.com/PaoloMRivera. 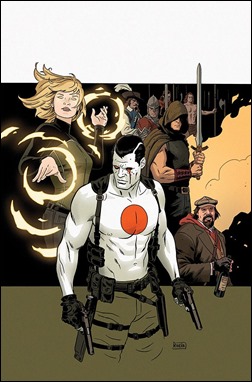 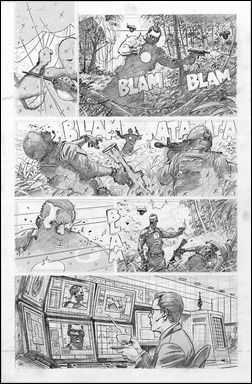 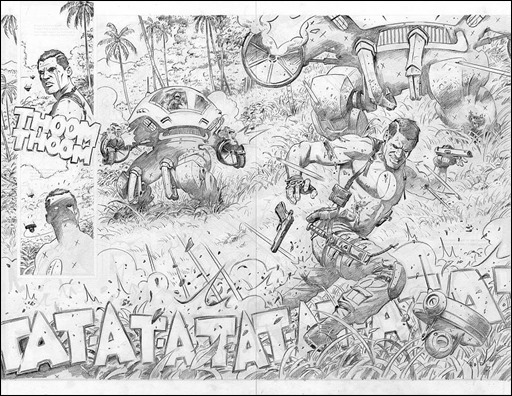 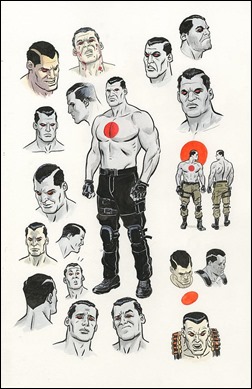 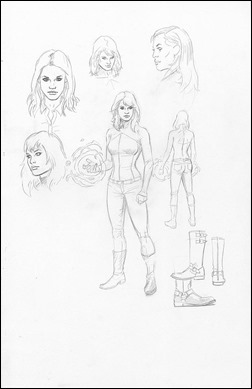 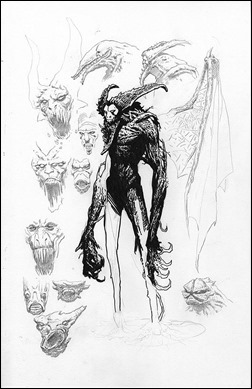