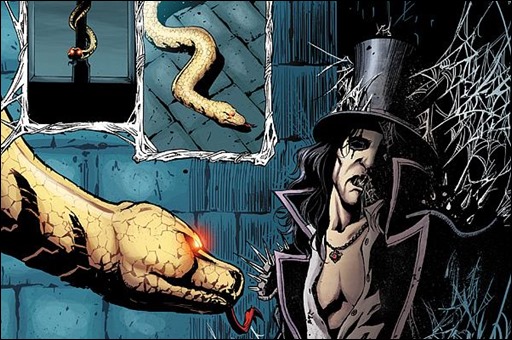 In Alice Cooper #1, rock n’ roll legend Alice Cooper was never a stranger to the mystic and the macabre. His stage shows were the stuff of legend, featuring snakes, pyrotechnics, and the invocation of dark themes and darker forces. But while he was a legend in the waking world, few knew his role as “The Lord of Nightmares” beyond it, where he watched over us while we dreamed, and delivered horrors unto the deserving. Only, someone took it all away from him, cast him out of his realm and locked him away… until now. And if he’s going to reclaim his dark throne, he’s going to need all the help he can get!

“We’re doing cool things with Dynamite,” Cooper said. “I always say that the best thing about being in a comic book is that they draw you with great abs! Artistically, for me there is hardly a better medium.  There is so much you can do in the form of a comic that we’d never been able to do on stage.  It’s just a different way of storytelling, and it really has almost limitless possibilities.  We’re looking forward to stretching the existing boundaries of the comic medium again.  We have new stories to tell, but we’ll do it with the same theatrical, sinister sensibility that comes with the name ‘Alice Cooper’.  This is just the beginning!  Welcome to my new Nightmares!”

“Alice Cooper is one of the great, enduring rock personas, first and foremost,” says writer Joe Harris. “Alice Cooper has a fantastic visual hook, as he made use of the signature eye black that defines his character. I hope they enjoy what they’ll see as a fun take and interpretation on an iconic character.”

“Alice Cooper’s on-stage persona, the ultimate shock rocker, is perfect for comic books,” Nick Barrucci, CEO and Publisher of Dynamite, said.  “From his comic book debut in Marvel Premiere to The Last Temptation by Neil Gaiman, I’ve enjoyed the appearances Alice has made in comics.  We are excited to develop captivating and hypnotic comic storylines that incorporate the Sinister Showman’s gothic flair and grandiose vision. This is going to be one hell of a ride!”

Dynamite is also releasing a fully-remastered Deluxe Edition printing of Neil Gaiman’s The Last Temptation, the groundbreaking graphic novel collaboration between the bestselling author and rock music icon Alice Cooper, with art by Michael Zulli. Neil Gaiman’s The Last Temptation will also be offered as an advance solicited book as a special 20th Anniversary Edition. The book is scheduled for an October release. This commemorative edition will be available unsigned as well as signed by the entire creative team – Gaiman, the multiple award-winning author of Sandman, Coraline, and American Gods, alongside artist Michael Zulli, and the Sinister Showman himself, Alice Cooper!

The new edition celebrates the 20th anniversary of the project, the first printing since its original Marvel run, presented in color, featuring Michael Zulli’s art remastered by David Curiel at InLight Studios! This collection contains complete scripts to all three issues, plus Neil Gaiman’s original outline and correspondence with Alice Cooper. Re-enter the world of the Grand Guignol and the Theatre of the Real as Dynamite celebrates the release of this classic series! 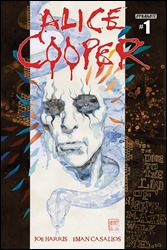 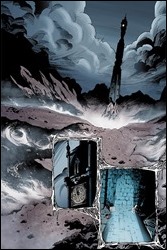 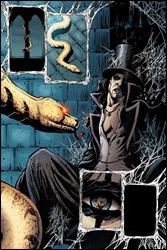 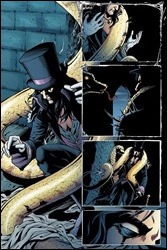 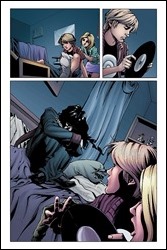