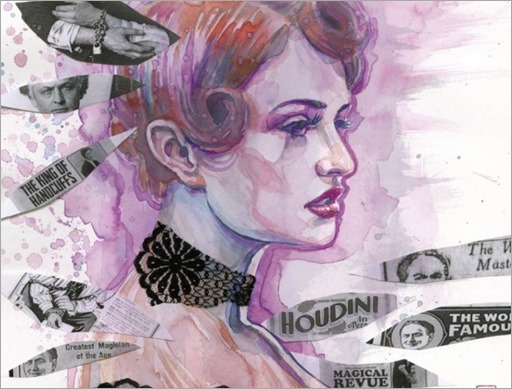 “I was seduced by Cynthia von Buhler’s artwork. She is a wonder.”
– Neil Gaiman

Here’s a preview of Minky Woodcock: The Girl Who Handcuffed Houdini #1 by creator Cynthia Von Buhler, on sale November 15th, 2017 from Titan Comics.

Unappreciated at her father’s detective agency, the fabulous rabbit-loving Minky Woodcock straps on her gumshoes in order to uncover a magical mystery involving the world-famous escape artist, Harry Houdini!

Issue #1 of Minky Woodcock: The Girl Who Handcuffed Houdini features covers by artist Robert McGinnis – the famous creator of movie posters for classic films such as the original James Bond movies and Breakfast at Tiffany’s – and acclaimed comics legend David Mack (Kabuki)! Plus, a cover by creator Cynthia Von Buhler and a stunning photo cover featuring burlesque artist Pearls Daily as Minky Woodcock! 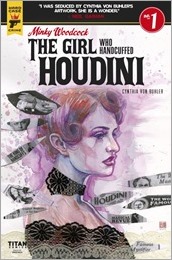 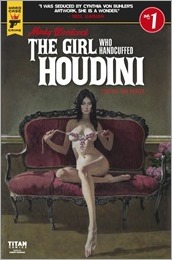 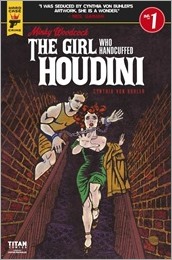 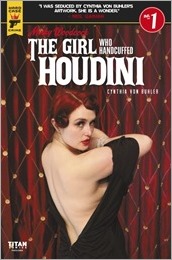 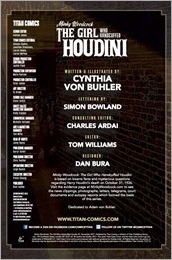 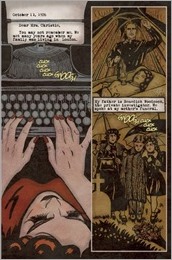 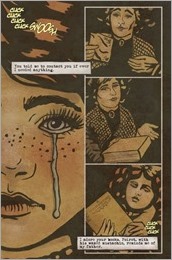 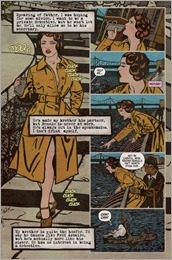 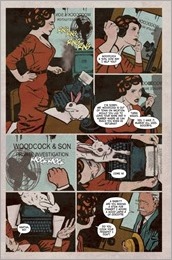 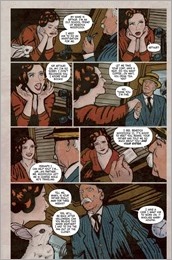 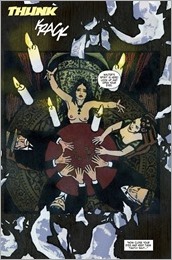 —
Cynthia von Buhler aka Countess von Buhler is an American artist, performer, playwright and children’s book author. Hailed by the press as “multitalented and eccentric” (Boston Globe), a “rising star,” (NY Arts), and “one of the top contemporary surrealists” (Art & Antiques), Cynthia von Buhler has made a name for herself as an award-winning and critically acclaimed fine artist, author, and illustrator. Von Buhler’s work has been likened to a trip down an ornate rabbit hole – her stunning, three-dimensional paintings have been displayed in galleries and museums around the world, and have been reproduced and featured in books, magazines, and newspapers from Time to The New Yorker. Her sculptures have also appeared on NBC’s Law & Order and Kidnapped, she and her artwork were profiled in “Mary Magdalen: An Intimate Portrait” on the Lifetime Network. Von Buhler’s artwork has appeared in animations on Nickelodeon. Her comic work includes Evelyn Evelyn: A Terrible Tale in Two Tomes with Amanda Palmer and Speakeasy Dollhouse: The Bloody Beginning.