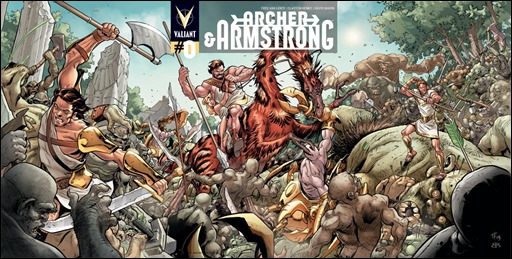 Valiant is proud to present an advance preview of Archer & Armstrong #0 from the New York Times best-selling creative team of Fred Van Lente (Amazing Spider-Man) and Clayton Henry (Harbinger Wars)! On May 8th, join Valiant’s immortal wayfarer, Armstrong, for a trek into the distant past in a special standalone tale of dinosaurs, robots, mad kings, and mortal combat that also sets the stage for "Far Faraway" – the next great arc of A&A beginning this June in Archer & Armstrong #10!

Here, for the first time, the one hundred percent true story of the Epic of Gilgamesh can finally be told… A tale of three warriors, the adventuring Anni-Padda – three immortal brothers that would one day roam the Valiant Universe as Armstrong, the Eternal Warrior, and the mysterious Timewalker – on a quest from the city-state of Ur to the mythical Faraway to recover the Boon… And their sword-swinging conquest of a land beyond time itself… A land inhabited by man-eating brutes, futuristic technology, and perhaps the greatest secret in all of the Valiant Universe!

On May 8th, start reading here to begin the adventures of Valiant’s gallant immortals – then be back in 30 for Archer & Armstrong #10, the FIRST ISSUE of the brand new story arc, "Far Faraway"! Ten millennia on, what could bring Armstrong and his new partner back to the land of the Faraway? Begin the adventure that will bring past and future full circle this May in Archer & Armstrong #0! 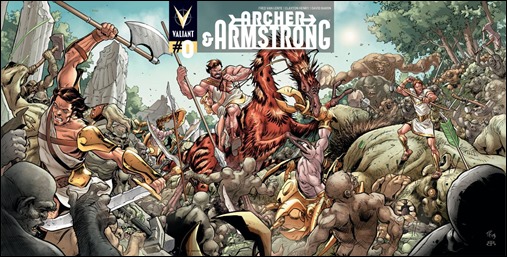 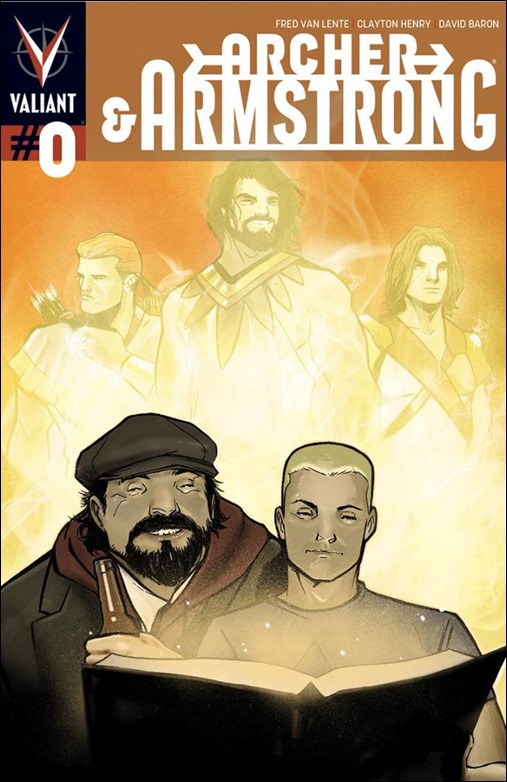 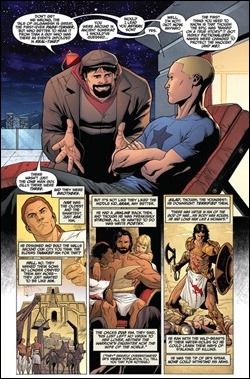 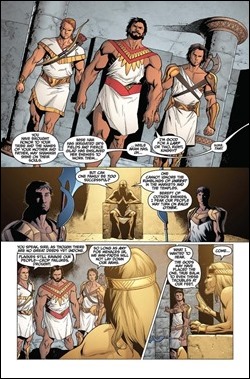 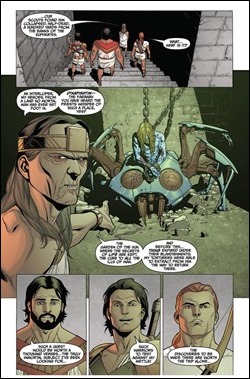 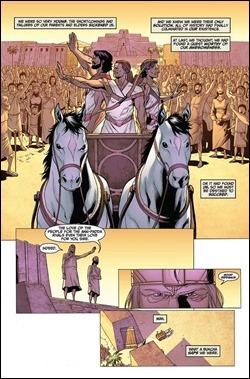 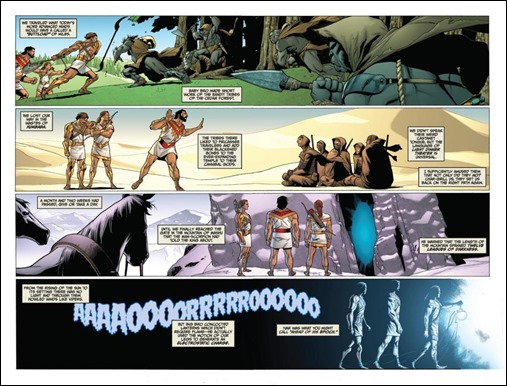