For Freedom! For Capitalism! For America! ARCHER & ARMSTRONG #12!

Valiant is proud to present an advance preview of Archer & Armstrong #12 by New York Times best-selling writer Fred Van Lente and rising star Pere Perez! The battle for control of the time-lost land of the Faraway starts now, as General Alphonse Redacted charges into battle with his 500 Shades of Greys!

If General Redacted wins the Faraway, he’ll use its centuries-old secrets to stamp out the heathen collectivist Bolsheviks of modern day America. Now, it’s down to Archer, Armstrong, and Mary-Maria, Archer’s assassin stepsister/love interest (ew), to run the greatest infiltration/liberation/inebriation mission mankind has ever known. Which would be a cakewalk if its wasn’t for all the trigger-happy UFOs, hostile natives and, of course, the dinosaurs… Yep, they could definitely do without all those dinosaurs.

Don’t miss the next @$%*#!-smashing moment of “Far Faraway” when Fred Van Lente and Pere Perez toss Valiant’s conspiracy-busting adventure buddies into the fight of their lives, only in Archer & Armstrong #12 – on sale August 14th!
For more information on Archer & Armstrong and the rest of the Valiant Universe, visit Valiant on Facebook, on Twitter and at ValiantUniverse.com. 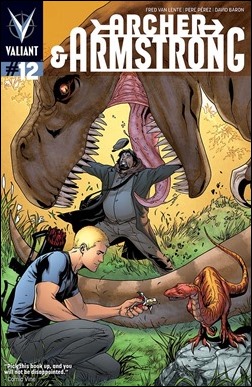 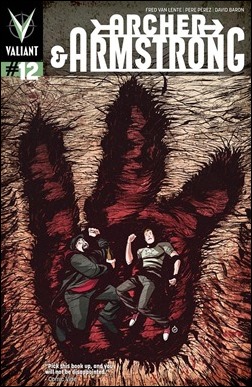 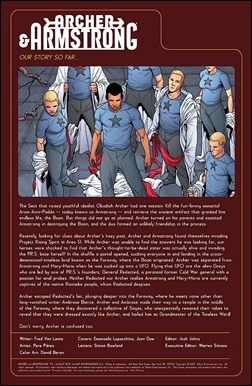 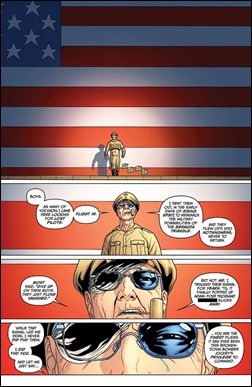 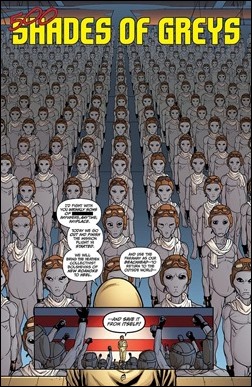 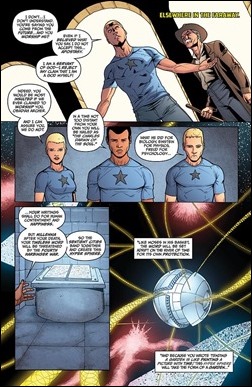 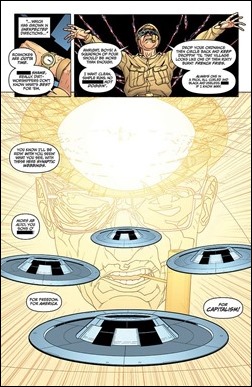