Then, on July 30th, the breakout stars of last summer’s HARBINGER WARS – the volatile psiot strike force known as Generation Zero – step out of the shadows and into the crosshairs of a devastating extraterrestrial attack in ARMOR HUNTERS: HARBINGER #1 (of 3) by New York Times best-selling writer Joshua Dysart (Harbinger) and rising star Robert Gill (Batgirl)!

Retailers will be eligible to “Unlock Chromium” based on their orders of ARMOR HUNTERS #1 (of 4), UNITY #8, X-O MANOWAR #26, ARMOR HUNTERS: BLOODSHOT #1 (of 3), and ARMOR HUNTERS: HARBINGER #1 (of 3). After “unlocking” each separate title, qualifying retailers may order as many Chromium editions of the corresponding title as they like. Retailers be advised: due to the lead time needed to manufacture this special cover process, print runs for all five ARMOR HUNTERS CHROMIUM EDITIONS have already been set. Supplies are robust but limited, and allocations may occur. If allocations do occur, they will be made based on initial orders.

In 2014, there are six new reasons to read Valiant FIRST! All summer long, Valiant will be rocketing to the top of your read pile with VALIANT FIRST – an all-new initiative unleashing a major #1 issue each month from May onward by some of the most talented creators in comics. RAI #1 in May. ARMOR HUNTERS #1 in June. ARMOR HUNTERS: BLOODSHOT #1 and ARMOR HUNTERS: HARBINGER #1 in July. THE DELINQUENTS #1 in August. THE DEATH-DEFYING DR. MIRAGE #1 in September. A combination of new ongoing titles, unprecedented crossover collisions, and high-profile mini-series, these are the titles that will have you reading VALIANT FIRST when you head home from the comic shop!

The hunters become the hunted!

With the major capitals of Earth under siege by the Armor Hunters, the world’s most dangerous weapon has decided to come in from the cold – and into the service of the top-secret Military Extraterrestrial Reconnaissance Outpost (M.E.R.O.)! But when one of the Armor Hunters’ own stages an extraterrestrial jailbreak inside of M.E.R.O.’s fortified command center, the nanite-enhanced commando known as Bloodshot will become the last thing standing between the galaxy’s most feared team of hunter-killers and a classified arsenal of secret weapons far too deadly for human hands! 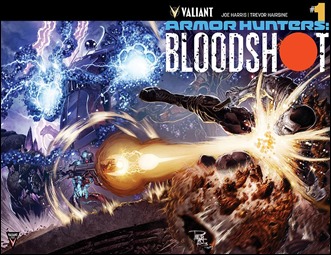 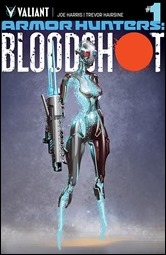 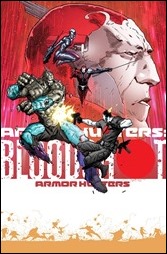 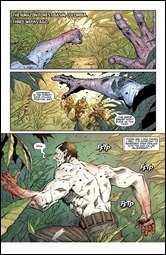 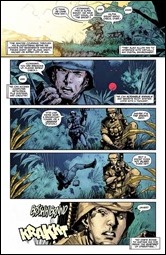 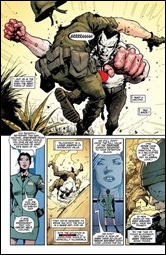 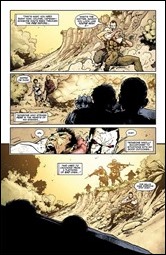 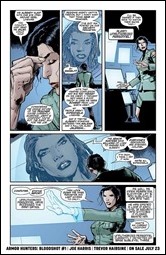 Earth is besieged by alien enforcers, and some of the most powerful people on the planet…are the kids!

The Harbinger Renegades are still reeling from a tragic death in their ranks, but in the face of monumental destruction they’ll find unlikely allies in a fellow group of super-powerful teenagers. But is Generation Zero here to help…or are they just looking out for themselves? 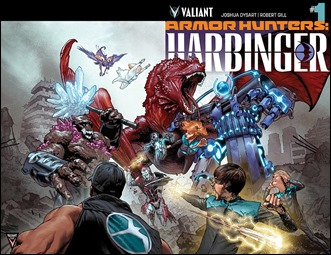 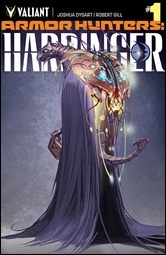 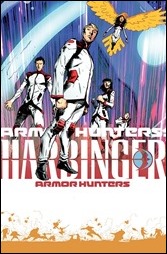 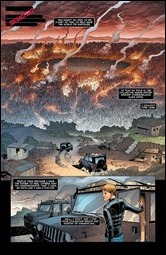 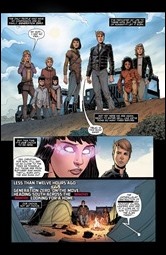 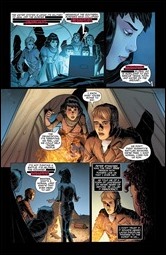 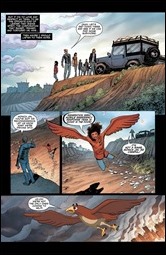 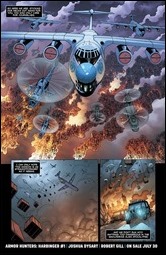