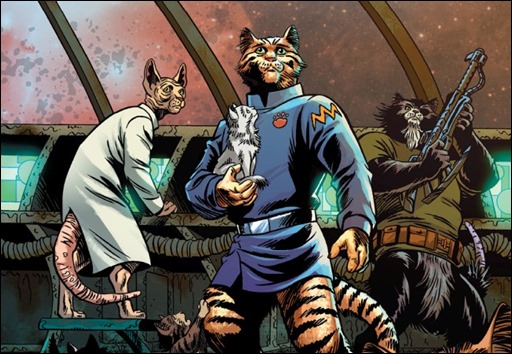 When the human race died out, the cats inherited the Earth! Or at least one starship. Now the intrepid Captain Ginger struggles to keep his fellow felines united against a hostile universe. But there’s a rival for Ginger’s authority: his second-in-command, the savage Sergeant Mittens! Thirty-five pages of comic adventure—with a bite—created by writer Stuart Moore (Deadpool the Duck, Batman: Noir Alley) and artist June Brigman (Power Pack, Star Wars novels), inker Roy Richardson and colorist Veronica Gandini.

“The best books usually transport me into a world with which I am largely unfamiliar and reveal its mysteries to me, whether it’s the mean streets of a great urban metroplex, a small village lying somewhere on a distant steppe in central Asia, or a starship full of individualist cats trying to keep it together long enough to survive…these may very well be the characters that June was born to draw and Stuart was born to write!” ― Walter Simonson

“Everything a cat-loving sci-fi fan would love.” — EVERYTHING ACTION

“This is a great start to a great book by Stuart and June. The Captain and his misbegotten cat crew can count me along for the long haul!” ― Peter Gross

“A wild sci-fi tale…. that leaves readers with a sense of peril, but also a huge grin from ear to ear as they breeze through the pages. Also, it should go without saying, but if you like cats, this is the book for you.” — ADVENTURES IN POOR TASTE

“This comic book is INSANE, in the best possible way when one describes something as “insane”! I can’t say I got too excited when I first heard the concept, “Cats in Space”, but Stuart Moore and June Brigman have got it goin’ on! CAPTAIN GINGER rocks!  It’s solid sci-fi adventure, beautifully illustrated and electric with wonderful diverse characters, who are CATS (?!)! This “puppy” smells like a sleeper hit (but that could just be the space kitty litter)!” ― Mike Allred 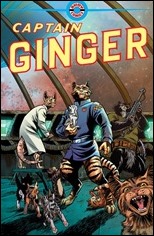 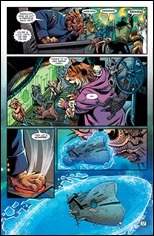 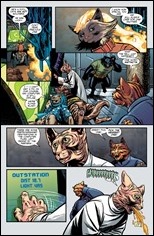 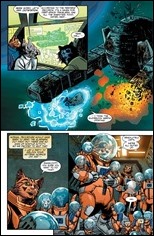 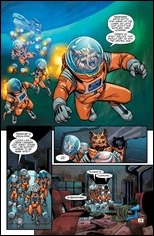