Blast Off With Your First Look at
CAPTAIN MARVEL #1 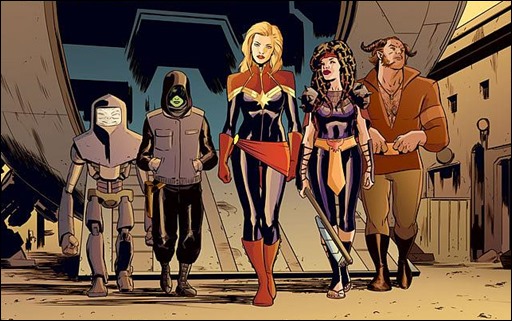 Earth’s Mightiest Hero with death-defying powers and an attitude to match is back – and nothing is going to be the same for Carol Danvers! New friends, a new home, and even a new love interest are just the start. Carol’s going cosmic – leaving Earth behind and heading into the vast unknown of outer space! And at the edge of the universe, she’ll rediscover the hero she was always destined to be!

“Everything about Carol wants to go UP. Chin up, head up, heart up, up, up, UP. And I thought, ‘What if we let her go?’” says series writer Kelly Sue Deconnick on taking Carol into outer space.

“In many ways, Captain Marvel’s adventures have been building to this moment.” adds Editor Sana Amanat. “Carol has always pushed herself to the limits in all aspects of her life, so setting off into that grand cosmic highway is simply a matter of destiny. And one replete with high-octane space chases, monstrous battles and intergalactic mystery!”

As Carol blasts off into deep space she’ll face threats unlike any she’s faced before. But fearsome foes and some of the galaxy’s most dangerous perils won’t know what hit them! Blast off into deep space as the breakout hit of 2012 begins anew when Higher, Further, Faster, More kicks off this March in CAPTAIN MARVEL #1! 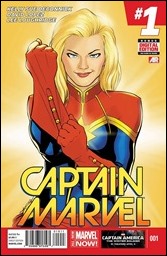 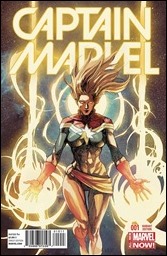 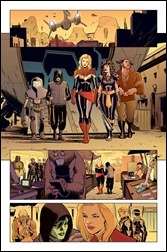 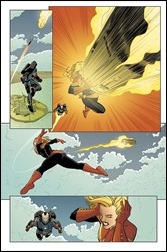 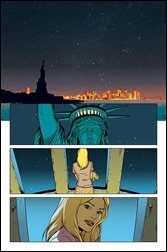