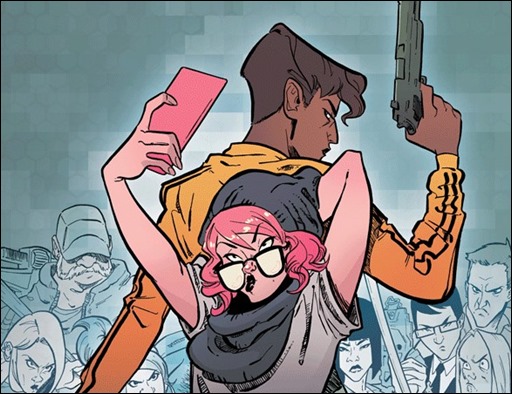 Ten minutes in the future, the world runs on an economy of job shares and apps, including Reapr: a crowdfunding platform to fund assassinations. Charlie Ellison leads a quiet, normal life until she’s suddenly targeted by a million-dollar Reapr campaign. Hunted by all of Los Angeles, Charlie hires Vita, the lowest-rated bodyguard on the Dfend app. As the campaign picks up speed, they’ll have to figure out who wants Charlie dead before the campaign’s 30 days—or their lives—are over.

From Eisner-nominated writer CHRISTOPHER SEBELA (Heartthrob, We(l)come Back, Harley Quinn), RO STEIN & TED BRANDT (Captain Marvel, Raven: The Pirate Princess), TRIONA FARRELL (Runaways, Mech Cadet Yu), and CARDINAL RAE (BINGO LOVE, ROSE). COMPARISON TITLES If the near-future implications of social media and technology in Semahn and Corona’s NO. 1 WITH A BULLET had you on the edge of your seat, you’ll love CROWDED. 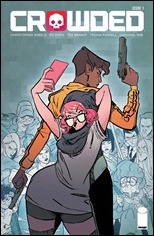 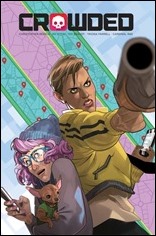 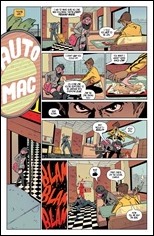 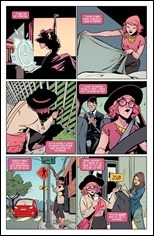 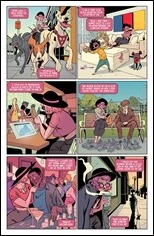 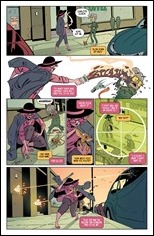 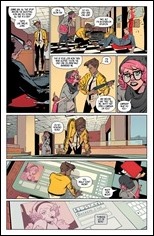