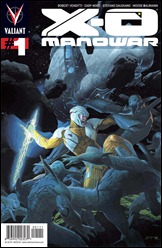 While the company might be new, they seem to be putting a lot of effort into publishing the best comics they can with the formidable lineup of characters they own.

In X-O Manowar, their new flagship title, they team up Robert Venditti (The Surrogates) with Cary Nord (Conan).

The story kicks off in 5th Century Italy, where the Visigoths are in battle against a much larger Roman army. Aric, the nephew of King Alaric of the Visigoths, is a brash and brave warrior who is never afraid of a fight.

Forced to retreat in the face of the massive Roman army, Aric and his men head back to camp where they spot what they think is a Roman transport. They quickly, and painfully, find out that these are not Romans. They may not even be human! Several men are taken prisoner aboard the alien craft and are transported off the planet Earth.

This is where Aric’s adventure, and his encouner with a weird alien armor, begins.

Right from the start, the most striking aspect of the story is the art by Cary Nord and Stefano Gaudino. The setting is the 5th century and you can clearly see the comparisons between Cary’s previous work on Conan and his work on X-O Manowar.

His work has a great Conan/Prince Valiant look to it. Whether it’s depicting the earth centuries ago, or the futuristically advanced alien setting, Cary Nord does an outstanding job on this book!

I can honestly say that I’ve never read any previous Robert Venditti stories, but his writing on X-O Manowar will surely make this a book to continue reading. The story has a natural flow to it and the character interactions seem effortless. You would think that this would be standard for most comics, but I’ve read my fair share of “forced” dialog and story.

As you should expect, most of the dialog is during the non-action sequences of the story and not the fighting. This makes for a more realistic setting as opposed to the ‘let’s chat it up while we fight’ method of storytelling that is way too prevalent in super-hero comics.

The overall story was very engaging and brought up a lot of questions about what’s coming up in future issues. X-O Manowar #1 was a very enjoyable book and I’m looking forward to reading more in the series.

With Robert Venditti and Cary Nord on this title, Valiant should have a hit on their hands when X-O Manowar #1 hits the stands on May 2nd, 2012. They also have the added benefit of coming out just before Free Comic Book Day on May 5th.

If retailers make this book visible to all the new customers coming into their store, X-O Manowar could be an even bigger hit. 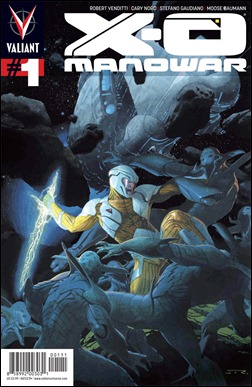 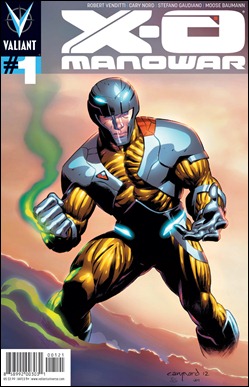 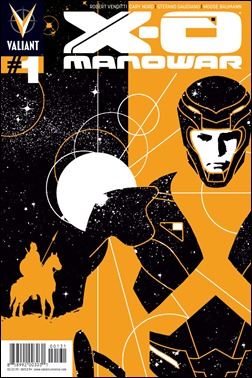 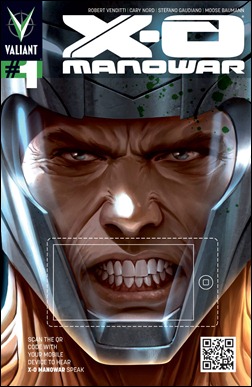