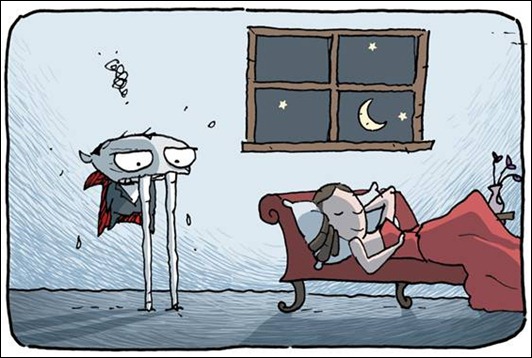 Dark Horse Comics announces the latest character to be added to its flagship anthology, Dark Horse Presents: the Sabertooth Vampire!

Penned by Mike Russell (SabertoothVampire.com), The Sabertooth Vampire is a webcomic about a tiny vampire hampered by his giant fangs. Will he pull his teeth out of the ground long enough to actually bite someone? Probably not.

“One of the first books that got me into comics in the nineties was the original black-and-white Dark Horse Presents—back when it was serializing stuff like Sin City and The One Trick Rip-Off and Hellboy: The Wolves of Saint August,” said Russell. “So as you can imagine, getting to submit a few strips for DHP was a huge moment for me personally as well as professionally.”

Russell has collected The Sabertooth Vampire in two self-published minicomics: the 28-page Beware the Sabre-Toothed Vampire and the 56-page Sabertooth Vampire Unleashed. The strips frequently contradict themselves as Russell dives into the Sabertooth Vampire’s personal life—his awkward teenage years, his stints as King Arthur and a caveman, his solo dance parties, his run-ins with Abbott and Costello and assorted angry mobs, and his awkward trip around the world after someone mistakes him for a garden gnome.

“Porting my webcomic over to DHP was an awesome experience for three very specific reasons,” said Russell. “One, I got to add color to the strip, with the help of ace cartoonist/colorist/brother-in-arms Bill Mudron. Two, I received some first-class professional editing from Scott Allie and Daniel Chabon. And three, I swung for the fences and asked if I could draw a crossover strip where the Sabertooth Vampire fought one particular world-famous Dark Horse character, and to my delighted surprise, that character’s creator said yes.”

Said Russell, “The Sabertooth Vampire is basically a ‘Road Runner’ riff on a single tragic idea: The dental feature that defines him as a vampire keeps him from being an effective vampire. Also he turns into a really pathetic bat.” 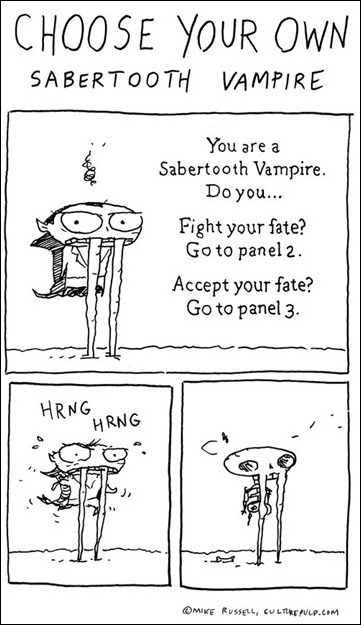 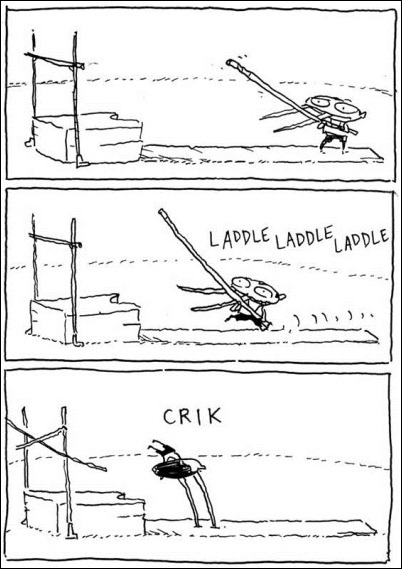 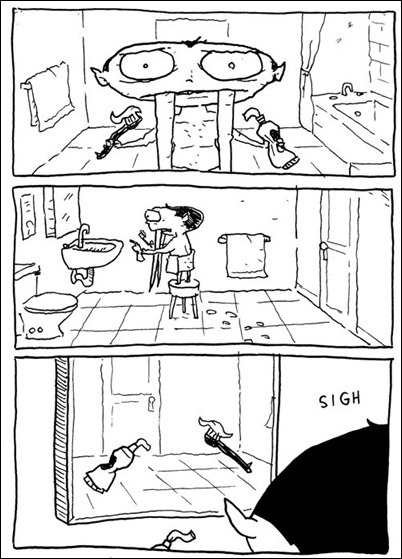