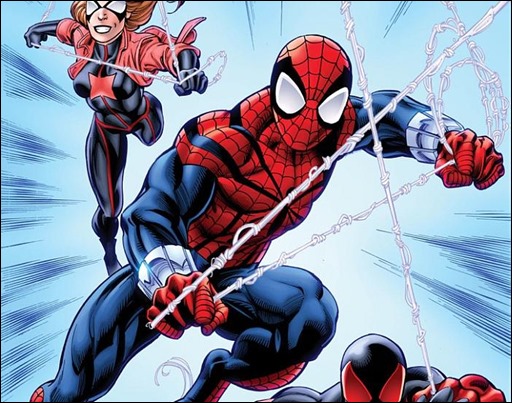 This November, Kaine, the Ultimate Universe’s Jessica Drew, and an alternate universe Ben Reilly undertake a quest to stop the evil behind the events of Spider-Verse once and for all — a quest so dangerous that not all of them will make it out alive!

“Obviously I can’t give too much away just yet, but the group in SCARLET SPIDERS plays a very important role in stopping Morlun,” Editor Devin Lewis tells Marvel.com. “Without this group of three and their mission, there’s a decent chance that the Spider-Men from across the multiverse won’t even survive Morlun’s assault.”

In addition to stopping one of the most fearsome spider-villains in recent years, our heroes will have to learn to cope with one another and that even though they are clones of Peter Parker, they still come from different universes and boast distinctly different personalities.

“Kaine really serves as the entry point for readers to this group,” Lewis elaborates. “He’s a mainstay in the Marvel Universe, now, so that gives him a unique perspective on the events of Spider-Verse as they unfold.”

“The Ben Reilly in this story is from a universe where Peter Parker never returned from his time in Oregon during the Clone Saga,” he continues. “When we were having our first conversations on the phone, Mike [Costa] was intent on working out who this guy is. How does he think? What’s his outlook and how is it different from the Peter Parker we all know and love?”

“Ultimate Jessica Drew has already had a pretty rough go of it herself, and one of the things Mike and I discussed and were intent on bringing to the fore was her sense of identity, especially now that she has seen there’s a multiverse rife with Spider-People,” concludes Lewis.

SCARLET SPIDER #1 arrives in local comic book retailers this November and will also include a code for a free digital copy of the very same comic on the Marvel Comics App for iOS and Android devices. 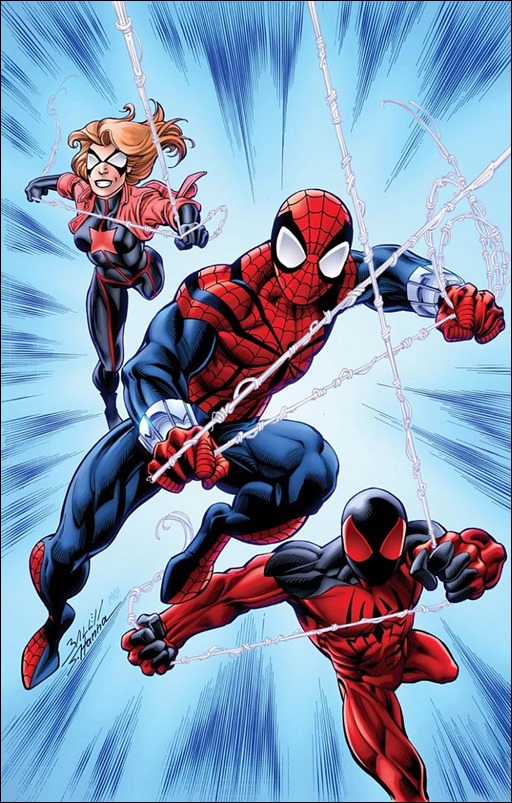