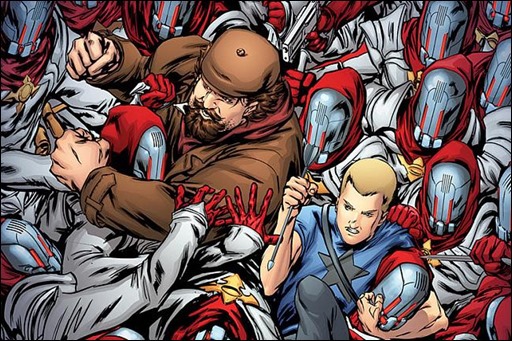 Valiant is proud to announce Sect Civil War – an all-new four part event pitching each of the world’s most deadly conspiracies into a globe-spanning power struggle…and Archer & Armstrong along with them! Beginning this October, New York Times best-selling writer Fred Van Lente and Harvey Award nominee Khari Evans begin the knockdown, drag-out A&A storyline of the year with an all-new jumping-on point in Archer & Armstrong #14 – and no conspirator will escape unscathed!

For centuries, the cloak-and-dagger coalition of conspiracies collectively known as The Sect has worked together to bring silent oppression and undercover tyranny to a world that thought it was free. But, now after centuries of profit sharing and uneasy alliances, the factions of The Sect are about to erupt into open conflict…and the only men that can end the insanity are Archer & Armstrong! Too bad they’re fighting for different sides! Why? How? And will either survive?

“Suffice to say something happens that puts Archer and Armstrong against each other to the point where you might even be able to re-title the book Archer Versus Armstrong,” Van Lente told Comic Book Resources. “Unfortunately, I can’t really reveal more than that, but it’s something that’s been building for a while and will explode rather messily…”

The One Percent. The Black Block. The Master Builders. The Sisters of Perpetual Darkness. Every enemy. Against each other. From Ancient Egypt to modern day Wall Street, get ready to run a history-tripping, continent-spanning rat race that will pit villain against villain, Sect against Sect – and Archer against Armstrong!
In the end, only one can emerge victorious… Place your bets when Sect Civil War begins on October 9th in Archer & Armstrong #14!
For more information on Sect Civil War and the rest of the Valiant Universe, visit Valiant on Facebook, on Twitter and at ValiantUniverse.com. 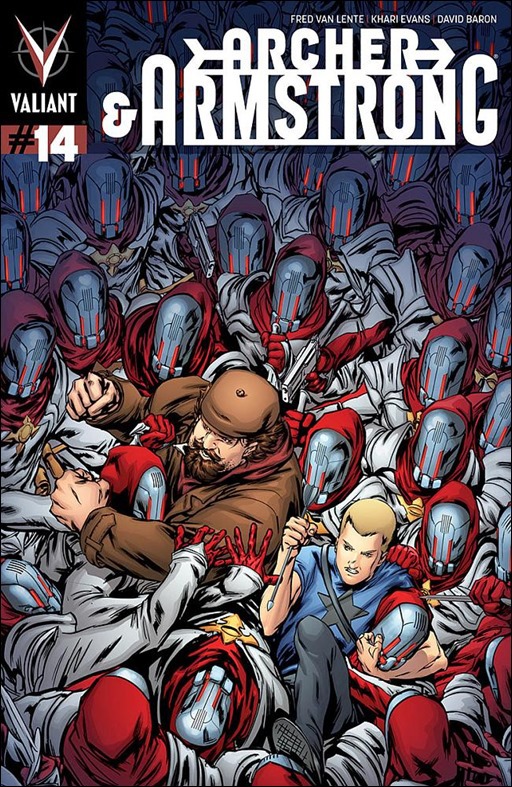