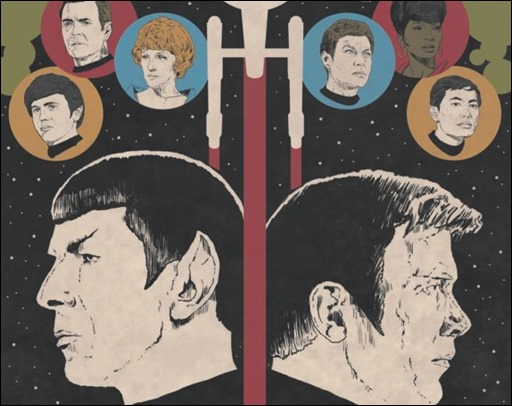 Here’s a preview of Star Trek: Year Five – Odyssey’s End, a TPB collecting the first 6 issues of the series, on sale February 5th, 2020 from IDW Publishing.

Join the crew of the U.S.S Enterprise in all-new adventures as they near the end of their five-year mission, featuring the characters from the Original Series!

The crew of the Enterprise left Earth four years ago. They’ve traveled to strange new worlds, defeated impossible foes, and made universe-changing decisions. But now, with the end in sight, they’ll have to face their biggest challenge yet. Step aboard the Enterprise with Kirk, Spock, Bones, Uhura, Sulu, Scotty, and Chekov as they begin the end of their original five-year mission and boldly go into an uncertain future in this new continuing Star Trek series!