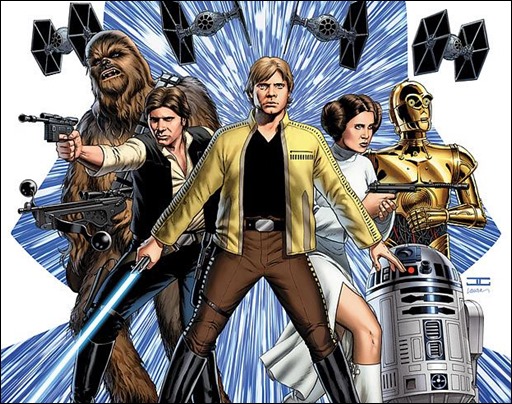 The Force is Strong With Your Local Comic Shops in 2015!

Marvel is kicking off 2015 with a bang big enough to destroy a Death Star as Star Wars makes its triumphant return to the House of Ideas and into comic shops on January 14th! That’s right, your local comic shop is the place to be to get your hands on the blockbuster first issue of Star Wars! In addition to being among the first to purchase and read the landmark STAR WARS #1, fans will also be able to receive special items exclusive to these launch parties.

STAR WARS #1 is already poised to be one of the biggest launches of the year, and Marvel is making sure comic book stores worldwide are armed and ready for the landmark return of Star Wars to its home at Marvel. Each retailer opting into the STAR WARS #1 Launch Party will receive a Star Wars Party Kit from Marvel, containing exclusive promotional materials including exclusive variants, promotional buttons, cake toppers and more. Check your Marvel Mailer for more information on how to opt-in by 12/08 to ensure your store has these promo items and exclusives.

“Brand new Star Wars comics featuring some of the biggest names in comics deserve the red carpet treatment,” says Marvel SVP Sales & Marketing David Gabriel. “We’re committed to making sure our valued retail partners have everything they need to engage regular customers and new fans to check out what will undoubtedly be one of the biggest launches of the year.”

All qualifying retailers will receive the following as part of the Star Wars #1 Launch Party:

This January, take your first step into a larger world as a galaxy far, far away returns to Marvel with STAR WARS #1 – on sale January 14th! 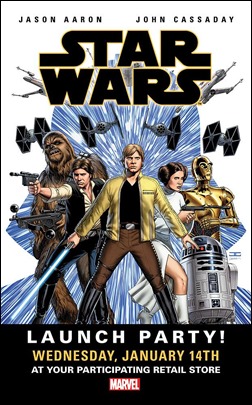 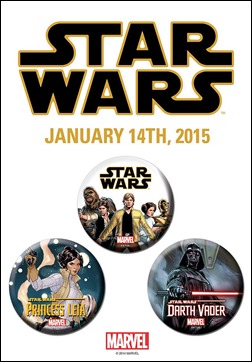 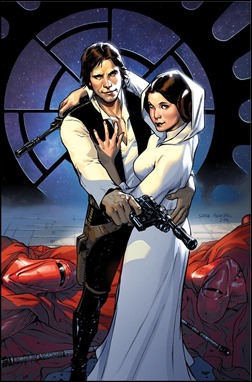 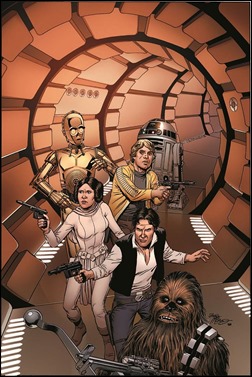 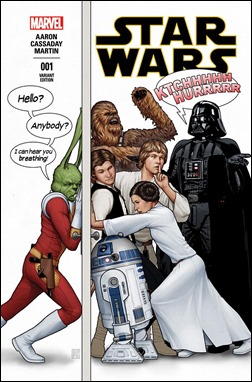 For more on Star Wars please visit marvel.com and join in the conversation on Twitter with #StarWars. To experience Star Wars online, visitStarWars.com or follow Star Wars onFacebook,Tumblr,Twitter,Instagram,Google+ orYouTube