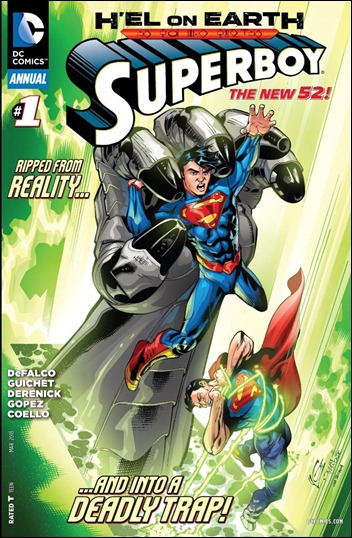 Supes is the reason I got into comics in the first place. Shortly after my grandfather took me to see Superman: The Movie (yup, I saw it back in ‘78, first run, in an actual movie theater), I joined the defunct Superman fan club. And because the fan club was defunct even back then, I ended up getting a subscription to the Superman comic book. And the rest is your friendly neighborhood jman’s history. 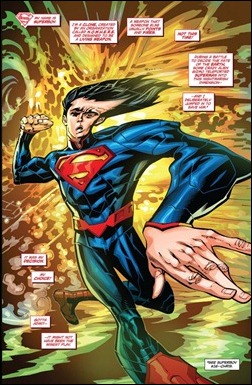 Your Superboy run down

All that being said… I don’t like what’s going on with Superboy. I guess I just don’t get it. Now, I can’t say that I’ve read every issue of the New 52 Superboy series. I think I covered the first 6 or so, then picked up the H’el on Earth crossover. For me, it’s enough to pass my Solomon like judgment: I just don’t like the character. 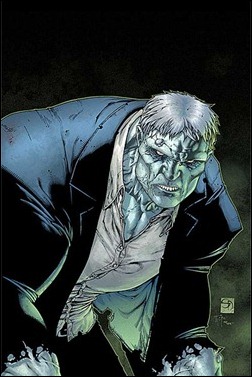 Solomon Grundy not that Solomon

To the matter at hand though; Superboy Annual #1. Ugh. First of all, they switch artists so many times in this issue. And that just drives me up the wall. I know it’s common practice. I get that the publishers want to keep stories going out in a timely matter, but, I can’t help it. It just bugs the hell out of me. 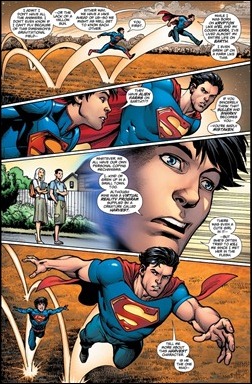 Dude just gave him his armor to save his life, what’s up Superboy’s butt

But, I can almost tolerate the artist switch up, if the story is compelling. The thing is, it’s not. Superboy has this beef with Superman. Which, I don’t get. From what I can tell, Superboy and Superman have only recently met, within the confines of H’el on Earth storyline. The kid gives Supes such an attitude throughout the storyline, you’d think that Superman was his ol’ man. 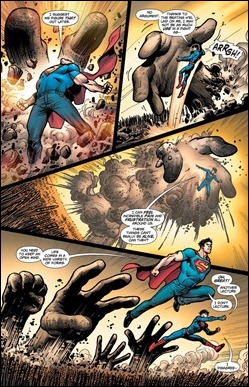 The ‘tude might make sense if they knew each other for a long time,
but they haven’t!

Look, I get Superboy is a “teenager”, and has that whole teenage thing going on (I guess), but the kid has some serious disdain for Superman, that doesn’t make any sense (keep in mind a lot of this disdain has been shown through the prior issues, but it runs through this annual as well) within the timeline of Superman/Superboy’s “relationship”.

I’ll give Superboy the benefit of the doubt here. Even if he’s cheesed off that he’s a partial clone of Superman, his attitude toward him doesn’t make sense. Be angry at your creators. But the guy you were partially cloned from? You’d think the kid would want to find out a bit more about the man who holds half of his genetic make-up. Not only that, but Superboy doesn’t have any real connection to humanity. He was made to be some sort of “weapon”, right? So, Superman is his only link to the world. You’d think (at least I do) he’d want to be open about that?!?!? 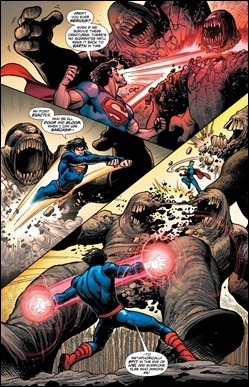 If Superboy’s trying to use sarcasm to protect himself, he’s better off crying in the bathroom like the rest of us

And, really, if Superboy’s got so much disdain for Superman, then why wear the S-shield?!?!?

What makes this whole thing worse for me? Is that the book cost 5 bucks!?!? For that kind of money the book should WOW the hell out of me. Not annoy the crap out of me enough I gotta write an article about this half baked story, drawn by half a dozen different artists, about featuring a teen who’s got nothing to be petulant about.

Clearly I have spent too much time considering all this…