Captain America Elected
President Of The United States of America! 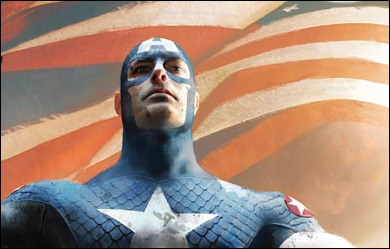 Steve Rogers is elected President of the United States via a special election write in vote but will he accept the nation’s highest position?

Marvel Comics provides us with a 4 page preview of Ultimate Comics Ultimates #16 which answers that question.

The press release and the preview is filled with spoilers for Ultimate Comics Ultimates #16, which comes out next week.

You have been warned.

The people have spoken—and tomorrow Steve Rogers, the man known as Captain America, becomes President Elect of the United States of America! In Ultimate Comics Ultimates #15, from rising star writer Sam Humphries and fan-favorite artist Billy Tan, Captain America’s made his dramatic return and publically saved America from an insidious new enemy in one of his most harrowing battles yet. But when all the dust settles, Steve Rogers is about to get the biggest surprise of his life—he’s won the special election for the Presidency via write-in! What does this mean for his future as Captain America? Can he be a President who fights on the frontlines? You’ll find out when this landmark issue hits comic stores, the Marvel Comics app (for iPhone®, iPad®, iPad Touch® & Android devices) and the Marvel Digital Comics Shop tomorrow!

“This is one of those stories that could only be told in the Ultimate Comics Universe, where the only rule is simple—there are no rules.” said Axel Alonso, Editor in Chief, Marvel Entertainment. “We’ve seen Captain America fight wars and battle super villains, but running a country is a whole new challenge—but don’t worry, this isn’t about political speeches and closed door meetings. This is exactly the kind of high-octane, super powered thrill ride you’d expect from a book called The Ultimates!”

Then next week, in Ultimate Comics Ultimates #16, Humphries and artist Luke Ross, Steve Rogers accepts the position of President of The United States- and not a moment too soon! A deadly villain with a personal tie to the Ultimates is about to enact his endgame, one which promises to leave no hero unscathed. Now Captain America must find a way to safeguard this country both as a President and as a super hero—but can he do both?

"Captain America was created in 1941, but this is the first time he’s been made Commander in Chief. It’s an honor to write a landmark milestone for such an iconic character,” explained Humphries. “We’ve made a commitment in Ultimates to show how epic events have significant consequences. President Cap is no different. This will have a lasting impact on Captain America, Thor, Iron Man, and the whole team."

With its inception in 2000, the Ultimate Comics Universe reimagined the world’s most popular super heroes for a new generation and has been critically lauded for its bold, resonant stories. In particular, the reinterpretation of Captain America in Ultimates Vol.1 is considered a watershed moment for the character and remains one of Marvel’s top-selling collections. With the August 2011 introduction of Miles Morales, an African American and Hispanic character who became the new Spider-Man, the Ultimate Comics Universe again became a hot topic among media and comic fans alike. Now, acclaimed-creators Humphries and Tan begin the next major chapter in Ultimate Comics Universe history with the release of Ultimate Comics Ultimates #15, giving readers a chance to see what happens when the Earth’s mightiest hero takes charge of the world’s greatest nation.

The biggest decision of Captain America’s life is coming tomorrow in Ultimate Comics Ultimates #15, the game-changing issue that fans can purchase at their local comic book store, on the Marvel Comics app (for iPhone®, iPad®, iPad Touch® & Android devices) and in the Marvel Digital Comics Shop. 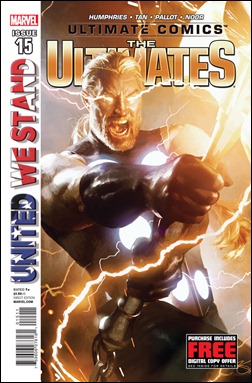 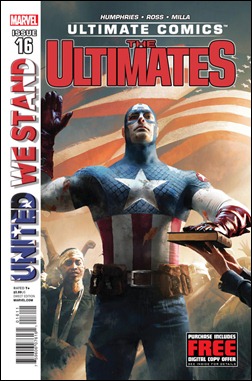 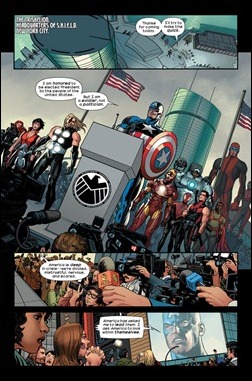 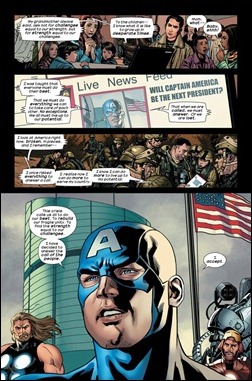 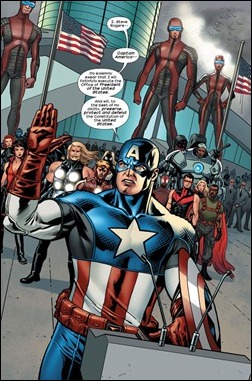 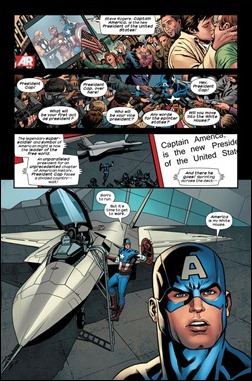