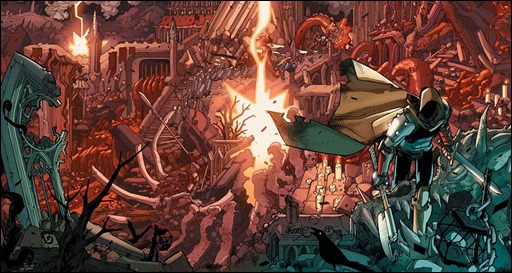 For five millennia, the Eternal Warrior has shaped history at the end of his sword. He’s razed empires, toppled civilizations, and broken armies as an immortal soldier in service to the Earth.

But now, the Eternal Warrior has been torn from the world he once protected and finds himself stranded in a hostile alien landscape unlike any he’s ever faced. Separated from his earthly environs, can history’s deadliest soldier survive a realm far older, far deadlier, and fare more ruinous than anything he’s ever encountered before? Beyond Earth lies eternity…

“[WRATH OF THE ETERNAL WARRIOR] is a take on immortality that I don’t recall having seen before.” said series writer Robert Venditti. “It’s going to deal much more with immortality as a concept and focus a lot on the cost of being immortal. What does Gilad have to sacrifice in order to do what he does? And, even more importantly, why does he do it? Why does he sacrifice? Why does he fight for us when he could give up if he wanted to… We’ll be spending a lot of time on those kinds of themes, introducing ideas and conﬂicts that we haven’t ever seen him encounter before, right from page one.” 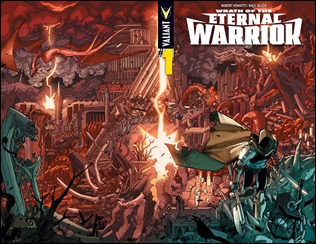 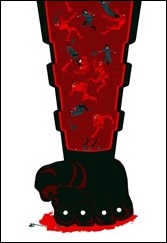 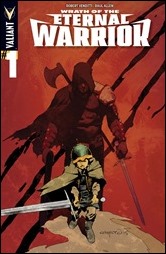 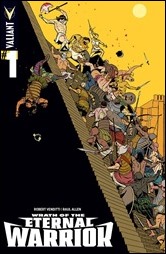 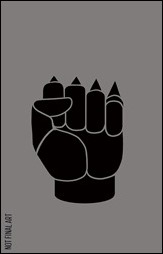 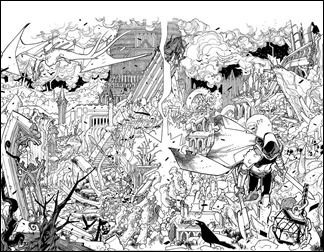 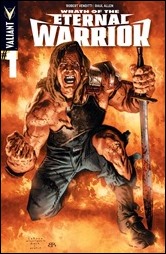